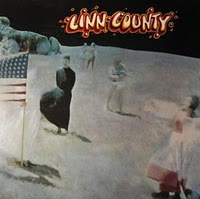 I owned this album for a long while before I got around to playing it… uh, dumb move. I’d passed it over because I thought it was generic, “sweaty,” late sixties blues rock. And, though I like sweaty sixties white guy blues, I can only take so much so often! So, randomly, I finally tossed this on expecting to play it through as background once then file it away as I do (when it comes to certain styles)… uh… well, it IS blues rock, and sweaty, but its progressive blues with some heavy, very cool nods to sike. It’s sike is West Coast sixties genius, but it also plays a bit like later Graham Bond without all the occult mysticism and no African flecked jazz. That said, there is a blues jam in the middle of the record thats tortured and whatnot, BUT the interplay of horns, Hammond, and the song writing makes for some super catchy, and… it’s kinda DANCEABLE!? What progressive blues album can you say THAT about? –Nipper