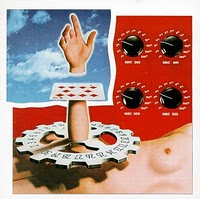 While the Grateful Dead don’t play on Garcia’s first solo album — it’s Jerry on everything except drums, which Bill Kreutzmann plays — you can, fairly, call this a Dead album in disguise. Not only did the six songs on the record all enter the band’s repertoire, most of them becoming mainstays, but the music very much inhabits the same sound world as Workingman’s Dead or American Beauty. Imagining those songs with, say, Bob Weir’s “Playing in the Band” and a Pigpen tune or two is enough to make you mourn the Great Dead Album That Wasn’t. Still, never mind; this is far and away Garcia’s best solo record, and even with the creepy sound experiments that fill out the second side — which I happen to like but clash somewhat — this just misses the full five stars. Apparently it’s Cher’s favourite album ever! –Brad