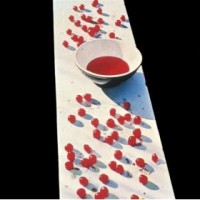 A critical dissection will reveal that there’s quite a bit of filler. Yet somehow, taken as a whole, it proves to perfectly capture a mood: an honest snapshot of a place and time. “Maybe I’m Amazed” and “Every Night” are the obvious top choices and “Junk” is an essential McCartney composition. Sifting through the rest is like combing through a great assortment of rags and bones. The instrumentals all have wonderful grooves and there’s really not a bad track on either side. Certainly many of the songs would benefit from a good fleshing out and the album as a whole feels like a set of demos. A set of outstandingly performed demos, that is. It was the perfect album for him to make after the dissolution of The Beatles – imagine the pressure of following not only Abbey Road, but the Beatles as an act! It’s the sound of Paul laying it all out there and subliminally saying “hey, this is what I can do, hope you dig it…if not, I’m not shoving it in your face that I was a Beatle” – a feeling not too far away, but not as severe as John’s “I don’t believe in Beatles”. Where John may have felt emboldened by the break-up and therefore took an extreme approach to his first couple of post-Beatles albums, Paul came out of the box seeming a bit amputated and searching for his sea legs. It’s that emotional honesty that I hear on this album that gives it it’s charm. –BH