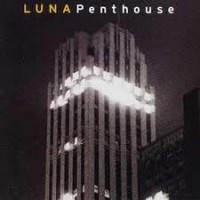 Of all the bands to emerge from the early ‘90s rock renaissance, New York City’s Luna deserved much more recognition, praise, and success than they ended up getting. Evolving from a solo project of ex-Galaxy 500 frontman Dean Wareham, Luna’s genesis allowed him to further develop his quirky and self-deprecating songwriting persona: indie-rock’s answer to Woody Allen. The band’s signature sound, reverb-heavy interlocking guitars soaring above a potent rhythm section, achieved an almost narcotic majesty, and it still dazzles to this day; who needs drugs when a band like Luna is doing their thing? Why they weren’t as huge as the undeservedly popular Smashing Pumpkins or as critically acclaimed as the inconsistent Pavement will always be beyond me. Despite numerous setbacks encountered while traversing the unstable landscape of the record industry’s last lucrative era, Luna soldiered on—quietly and gracefully—well into the 21st century, continuing to make great records and playing small but sold-out clubs the world over before finally calling it quits in 2005.

Penthouse is not my favorite Luna album (that honor goes to their previous outing, 1994’s Bewitched), but it’s the one I steer all of my friends toward when they ask me where to start. It was certainly their most commercially successful, and it seems to be the one that makes all the “Best Albums of the ‘90s” lists that music rags like to compile. I can see why; it has some of their best songs. Among them are “Chinatown”, Wareham’s meditation on the pitfalls of the playboy lifestyle; “Moon Palace”, an hallucinatory ballad featuring a 12-string guitar solo by Television’s own Tom Verlaine; and the epic “23 Minutes in Brussels”, often a barn-burner when played live, but packing almost as much of a wallop here as it did onstage. Penthouse’s cover, a grainy black and white photograph of an illuminated Art Deco skyscraper, also reminds me that this LP (along with the Strokes’ Is This It?, which followed a few years later) might be one of the last great “New York City Records”. Like the music within, Penthouse’s seductive cover captures a vanishing Manhattan mystique, one which Rudy Giuliani, gentrification, and 9/11 would eventually all but vaporize. —Richard P