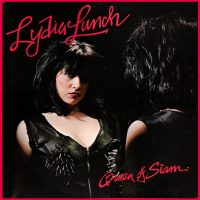 Lydia Lunch has a reputation as a provocative, profane No Wave icon and as a spoken-word badass who would just as soon kick you in the ‘nads (with her words) as look at you. Her band Teenage Jesus And The Jerks tore it up on Brian Eno’s No New York comp, and she’s loaned her caustic wit and withering sneer to several other groups (8-Eyed Spy, Harry Crews) and collabs, including a memorable cameo on Sonic Youth’s “Death Valley 69” and a fruitful link-up with Birthday Party’s Rowland S. Howard that included a gothy stab at Lee Hazlewood and Nancy Sinatra’s “Some Velvet Morning.”

But Lunch’s debut full-length under her own name shocks by being accessible—relatively speaking. It contains two covers that suggest the range and vibe of Queen Of Siam: “Gloomy Sunday”—made famous by Billie Holiday and Associates (joking about the latter) and “Spooky,” the chill lounge-pop gem from 1967 that Classics IV took to the charts. Lunch imbues the latter with kittenish charm as her band jazzes it up with boozy gusto. The former is a paragon of insular moroseness—so beautifully hopeless.

Opener “Mechanical Flattery” captures the weird balance of song-oriented approach and arty knottiness that appears throughout the album. Lunch’s numbed deadpan somehow approximates the effect of a coquettish diva, but the stilted beats, oblique piano, and melancholy horn thwart any easy commercial pay-off. This sort of tension makes Queen Of Siam a riveting experience that just improves with each listen. The sleepwalking ballad “Tied And Twist” lumbers lithely, a No Wave plaint in slow-motion. Lunch’s sparse, laggard guitar solo is fantastically wonky; Robert Quine would be proud.

“Atomic Bongos” is the closest thing on Queen Of Siam to a hard-rocker, with its maddeningly repetitive and rugged bass riff and scathing, Contortions-esque guitar tang. “Lady Scarface,” by contrast, exudes a cabaret/big-band-jazz aura—shades of Quincy Jones—as Lunch recounts a lurid scenario about seducing a 16-year-old boy. In fact, most of the record bristles with a strange strain of carnality, at once sleazy and classy, edgy and retro. “I’m split and unbled and I’m ripped to the sore/Every man’s madness and I’m hurdling ripped to the core/There’s knives in my drain/Empty splints in my brain” Lunch leers in “Knives In My Drain” as a David Lynchian nightmare jazz tune slinks behind her. It conjures a pleasingly queasy feeling. (It should be noted that multi-instrumentalist Pat Irwin [the Raybeats and 8-Eyed Spy] and the Billy Ver Planck Orchestra are the low-key stars here.)