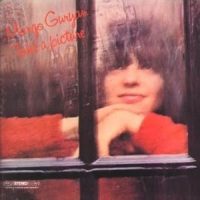 Writing about this classic sunshine-pop album during one of the grimmest periods in world history seems perverse, but what the hell? Maybe listening to Margo Guryan’s sole full-length from 1968 will bring much needed light and joy to your quarantined existence. I’m here to help you get through this.

Take A Picture starts auspiciously with “Sunday Morning”—not a Velvet Underground cover, but rather a diaphanous orchestral-pop tune with a deceptively swaggering funkiness in its undercarriage. Guryan’s voice is sheerest bliss, a meringue-y delight. “Sun” might be the epitome of sunshine pop, right down to its on-the-nose title. Elevated by lashings of FX’d sitars and slashing, swooning strings, it makes “Eight Miles High” seem earthbound. “Sun” blows away your blues with the lightest, lavender-scented breeze. Shout out to guitarist John Hill for the arrangements on these two beauties.

“Pretty love songs always make me cry,” Guryan coos with sangfroid poise on “Love Songs,” and it should irk you with its clichéd sentiment, but the dulcet melody and sumptuous, swaying strings make your curmudgeonly feelings seem ridiculous. The understated McCartney-esque jauntiness of “Thoughts,” undercut with a lightly morose flute and oboe, is fairly slight, but still winsome as hell. “Don’t Go Away”’s waltz time baroque pop verges on breezy prog, while “Take A Picture”’s baroque pop sashays into the exalted realm of the Left Banke.

If you crave more jauntiness, “What Can I Give You?” offers much sugary corniness, but it’s offset by Guryan’s wondrously wispy whisper. The maudlin orchestral pop of “Think Of Rain” is almost too precious, but that’s balanced out by the hushed splendor of “Can You Tell” and the early-Bee Gees bravado and melodic momentousness of “Someone I Know.”

These intimate romantic vignettes are all well and good, but Guryan saves the best for last. By far Take A Picture‘s most adventurous and psychedelic moment, “Love” begins like a drug-induced dream, with drummer Buddy Saltzman busting out outrageously odd beats amid Kirk Hamilton’s gently swirling flute and Hill’s weirdly tuned guitar fibrillations, before a sinuously funky groove enters and the guitars shift into Ceyleib People-like radiation. The flute gets echoplexed to infinity, as the groove gets greasy, and then Paul Griffin’s cosmic keyboards soar into earshot. Margo doesn’t start singing until the three-minute mark, and when she does, you’ll get shivers down your backbone. The change that occurs at 4:30 lifts everything yet again to a head-spinning zenith; the rhythm starts spasming like that in the Doors’ “Peace Frog,” Guryan’s coos spiral heavenward, and Phil Bodner’s oboe foreshadows Roxy Music’s fantasias. “Love” is one of the greatest album-closing tracks ever—hell, one of the greatest tracks ever, period. It’s almost all you need. -Buckley Mayfield