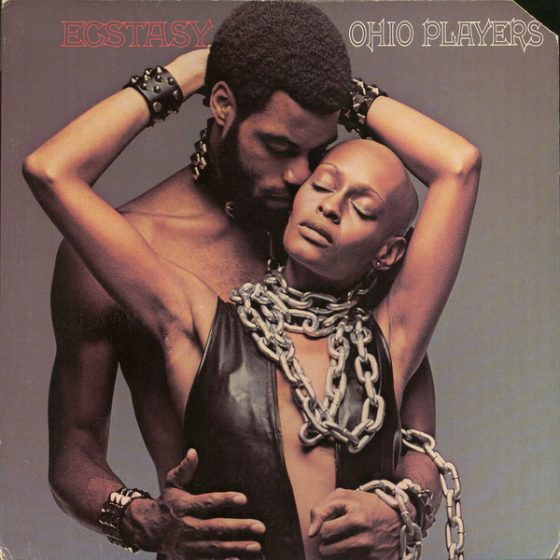 Throughout the ’70s, Ohio Players were the Buckeyes to Westbound label mates Funkadelic’s Wolverines. Both excellent funk bands seemed to be trying to outdo each other in a Beatles/Stones-style competition, but for black Midwestern musicians. Consequently, Ohio Players and Funkadelic had a torrid run of albums in the aforementioned decade. While consensus opinion over the last 40-plus years has given the advantage to the latter, Ohio Players definitely dropped several great platters, including their third LP, Ecstasy.

One way to gauge a group’s worth is how often hip-hop producers have sampled their tracks. By that metric, Ohio Players are hall-of-famers, with 600 samples to their name, as catalogued by Whosampled. “Funky Worm” alone has been used over 260 times in other artists’ works. Ecstasy has its share of sample-worthy moments, too. Beyond that, though, are simply some fantastic songs, exemplified by the title track. It’s one of the ultimate soulful expressions of love in extremis ever to perfume the airways and reach the US singles chart (#31). Marshall “Rock” Jones’ bass line is a tumescent tumble of desire, Walter “Junie” Morrison’s organ a swollen wail of pleasure, and vocalist Leroy “Sugarfoot” Bonner delivers one of the most extravagant examples of devotion ever waxed.

That peak is followed by “You And Me,” a carefree, summer-romance R&B jam with falsetto vocals that’s almost absurdly euphoric. Why it’s interrupted for a few seconds by martial beats and military march orders is totally inexplicable, but funny. In a similar vein is “Silly Billy,” an endearing, falsetto-laced ballad pitched somewhere between Smokey Robinson and Swamp Dogg, and “Spinning,” which groovily gyrates like Sly & The Family Stone at their most vivacious (e.g., “[You Caught Me] Smilin’”).

Most of the rest of Ecstasy captures the feeling that leads to the titular state: to paraphrase Prince, it’s a sexy motherfucker. “(I Wanna Know) Do You Feel It” is a stealthy boudoir joint that bursts into aggressive strutting in the last minute. “Black Cat” complements that song with more filthy, sophisticated funk poised between the subliminal and the flamboyant. The greasy funk instrumental “Food Stamps Y’all” will make you want to do the horizontal bop and add your DNA to the gene pool, while the grunting, grinding funk of “Sleep Talk” flaunts window-steaming potency. “Short Change” closes Ecstasy with rugged funk geared for a righteous fight scene in a high-class blaxploitation flick.