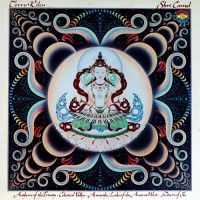 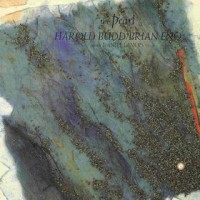 While their other masterpiece ‘Ambient 2 – Plateaux Of Mirror’ was serene, misty and transporting, ‘The Pearl’ turned all these factors up to ten. It really shows the pair’s mesmerizing ability for creating other-worldly, yet so beautifully earthy soundscapes. It never sounds pretentious or over-done, it’s all created with a superior sheen and their attention to detail (particularly on the part of Brian Eno’s electronics) which makes this a surprising, engulfing and thoroughly rewarding listen play after play. It never really gets old, as you can ignore it if you choose to and it will still have a glacial and absorbing effect on you. What is also intriguing is the sense of mystery that inhabits the tracks; the whole record is full of ghosts and soft breezes. The opener ‘Late October’ really demonstrates Eno and Budd’s skill at holding your attention, with its hypnotic piano melodies and whirring and wisping electronics. A great thing about this album is that neither of the two musicians are over-shadowed by the other; Budd’s piano is at the forefront, yes, but it wouldn’t be particularly effective without Eno’s production and sheer atmosphere that he does so well.

Proving once more that Eno seems to have something of a midas touch when it comes to music, ‘The Pearl’ is one of the most atmospheric records ever released. It clears your mind for thoughts of your own and takes you to places you’ve always wanted to see. It’s a record perched on those golden hours when the world around you is asleep and you are left to enjoy the silence. —Joe