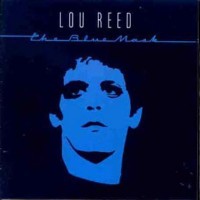 After a dispiriting early-’80s slump at Arista Records, Lou Reed renewed himself artistically by changing labels and releasing The Blue Mask on RCA in 1982. This was a brave move, since The Blue Mask is a resolutely uncommercial album, making no concessions in either its stark, flatly recorded ambience or harrowing themes. However, grace notes abound for the patient listener. Performing with a no-frills setup for the first time since the Velvets, Reed keenly matches words and music with the sparest of means to achieve the maximum end. The Blue Mask pits a hard-earned contentment (“My House,” “Women”) against the dizzying abyss lurking beneath the surface of life (“Underneath The Bottle,” “Waves Of Fear” and, most compellingly, the awesome title track itself). Running through all this, Reed and second guitarist Robert Quine intertwine their instruments, sustaining meditative interludes and codas which are closer to jazz than to rock. Bassist Fernando Saunders’ vibrant tone and supple lines also add a new element of flexibility to Reed’s music, and his gentle falsetto backing vocals make a nice contrast to Reed’s famously edgy song-speech. (Joe Sarno, Muze) –Singer Saints