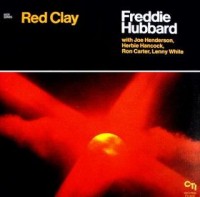 Creed Taylor Incorporated, or CTI Records, is a jazz label fashioned by producer Creed Taylor. Taylor was widely celebrated as the founder of the famed Impulse! label as well as producing classic records for Verve. Impulse! was regarded as being one of the most adventurous labels in jazz during the mid sixties, known for its high quality packaging and eclectic musical styles. When Taylor formed CTI records in 1967, he took these aspects with him. Along with his producing chops, Taylor recruited the great Blue Note legend Rudy Van Gelder, who provided studio time and sound engineering skills. This dream team, alongside some of the top musicians in jazz, created a body of work consisting of high quality, slick (occasionally too slick) recordings of the late sixties and early seventies. Most of the music was a fusion of jazz, funk and R&B, along with Latin themes sprinkled with floating, introspective, surreal interludes. Taylor would frequently provide a string section to the recordings as well. There were also some surprises, with freer more experimental styles integrated into the discography.

CTI remains an important aspect in the evolution of jazz and popular music, especially in hip-hop and neo-soul. Dozens of samples have been lifted from these records; the warm analog production on these records has influenced musicians from all over the spectrum. The presence of Taylor’s craftsmanship (and those tasty beats the DJs all love) can be heard from artists such as LL Cool J and Snoop Dog to Erykah Badu and Prince as well as various electronic free funk groups like Isotope 217. Although several of the records have not aged well (Taylor would often add string sections that tended to water down the music and now sound dated), an abundance of records from CTI still hold relevance today.

Basically, Creed Taylor’s CTI put the “smooth” in jazz before it became a dirty word to purists. In fact, two factors remain pure: the clean beats and the glossy grooves. Here are five records that should be of interest:

1. Freddie Hubbard Red Clay (1970)-A dark, austere album, modern, while at the same time nodding to the great West Coast Cool records of the late fifties. Not only is this essential for any CTI collection but in any jazz collection, period. Electric and acoustic, yet not quite fusion, funky but still swings, this record helped the trumpeter escape the inevitable shadow of Miles Davis.

2. Hubert Laws In the Beginning(1974)-A beautiful record by the flautist Hubert laws. Gentle melodies that standout with steady beats. Soft guitars and vibes along with exotic Latin percussion from Airto that make you want to dance in your dreams.

3. Joe Farrell Joe Farrell Quartet (1970)-An outing led by Joe Farrell on reeds and features the guitar of John McLaughin , Jack DeJohnette on drums, bass extraordinaire Dave Holland and Chick Corea on piano. These cats play a set that smolders but never burns out. There are also some more straight ahead tracks to accompany the avant-garde feel of the record. This is an unusual “outside/inside” record for CTI and a pleasant surprise for fusion, free jazz and straight ahead fans alike.

4: Airto Fingers (1973)-Brazilian percussionist/vocalist Airto was a staple on many recordings for CTI, providing a crucial element to the sound. This is his fist record as a leader for CTI. Here we have a hard hitting Brazilian jazz/rock/funk mixture with Flora Purim bringing some additional vocals to accompany Airto. David Amaro brings an array of guitar styles to the mix from bossa nova comping to fuzzed out rock solos. This is some multifaceted music that can’t be put in any box.

5. George Benson Beyond the Blue Horizon (1971) – A rare, stripped down CTI soul-jazz record from the great guitarist George Benson. Clarence Palmer’s greasy organ licks accentuate the subtle mastery of Jack DeJohnette on drums, bassist Ron Carter plucks the upright bass with much funk. Dig the opening: a hip and fresh rendition of Miles Davis’ ultra cool cut “So What”.

Plenty of other records could have easily been included here. For further exploration, there’s Freddy Hubbard’s Straight Life (1970), a raw jam session that has relentless, immediate grooves and features Herbie Hancock’s electric piano. Vibraphonist Milt Jackson’s Sunflower (1972) is considered a classic by many, a breezy floating record that never gets too light. Drummer Billy Cobham keeps it just rigid enough (even with the string section); I hear the luminous sounds of Sunflower on Zero 7 and Pink Martini records. Hubert Laws Crying Song (1969) Is an early recording from CTI, an introspective piece to the point of almost meditative; highlights include two Pink Floyd covers “Cymbaline” and “Crying Song”. Finally, guitarist Alan Holdsworth’s Velvet Darkness (1976) is an all out fusion affair that could easily be filed in the progressive rock section, another surprise from CTI. —ECM Tim

Are we forgetting your favorite CTI recording? We’d love to hear your comments: