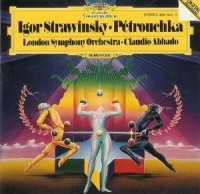 If you’re curious about classical music but new to the genre it can seem overwhelming at first with so many periods, styles, composers and performances to choose from. At Jive Time we’re still learning, but it’s been a fun and rewarding journey. With this guide, we’ll share some of our experience with the classical-curious among our adventurous rock-oriented readers. We began our quest by looking for the similarities to rock music instead of the differences.

Many important composers, including all of the artists featured in this guide, were considered musical rebels in their day. Their controversial ideas, ahead of there time, continue to influence classical, jazz and popular music decades later. Rock began borrowing liberally from classical in the late-60’s, which was a period of intense innovation. The Beatles, the Beach Boys and the Velvet Underground are just three well-known examples of many rock musicians incorporating orchestral interludes, dissonance, and other symphonic elements into their sound. As the sixties grew into the seventies, taste-makers such as David Bowie, Brian Eno, John Cale and Frank Zappa brought classical to the forefront of their work, even dedicating entire albums to the genre. Classical was also a prominent factor in the progressive rock movement and continued to meld in genres as diverse as heavy metal, post-punk, electronic music and in today’s ambient music and post-rock.

Even to the uninitiated there are already many familiar names and music in classical: Everyone will recognize pieces by Bach, Beethoven, Mozart, Tchaikovsky and Prokofiev from film, television and commercials, and countless rock musicians have named electronic pioneers Varèse, Cage and Stockhausen as major influences. While all of these composers demand exploration, this guide will start instead with composers of the early and mid-Modern eras (loosely 1880-1940). Because of these composers’ experimental nature and ability to push boundaries, the five compositions below create a good starting place for those of us weaned on the defiant sounds of rock and punk.

1. Igor Stravinsky (Russia; b.1882, d.1971) Petrushka (1913): Stravinsky’s music is relentless and pulsating, dramatically unyielding, with subject matters that were years ahead socially. Petrushka is a ballet that tells the story of a puppet that comes to life and develops and experiences human emotions. His 1913 ballet, The Rite of Spring about a woman who literally dances herself to death was so eccentric and morose that it sparked a riot on its premier. Petrushka is not as dark but is just as potent and driving both rhythmically and melodically, alternating between explosive crashes of cymbals and brass, flawlessly blending into melancholic flute sections with fluttering dissonant passages of reeds and strings in between. Stravinsky was a true musical rebel and his music reflected his nature.

2. Claude-Achille Debussy (France; b.1862, d.1918) Prelude to the Afternoon of a Faun (1894): Debussy, along with his compatriot composer, Ravel, are considered top figures of the French impressionistic movement (Debussy despised the term). Debussy’s music was not as aggressive as Stravinsky’s but equally defiant. Rather than being intense and explosive, Debussy’s music seemed to flow, creating lines that would fluctuate; almost drone like, sprinkled with gentle percussion. Prelude to the Afternoon Faun was based on a poem by Stéphane Mallarme, on describing it Debussy wrote: “The music of this prelude is a very free illustration of Mallarmé’s beautiful poem. By no means does it claim to be a synthesis of it.” Debussy snubbed the conventional structures of the symphony and was not afraid to let his work lay open to the audience’s interpretation. There is plenty to interpret here – in fact it just might change with every listen.

3. Gustav Mahler (Bohemia/Germany; b.1860 d.1911) Symphony #1 (1884-1888): Mahler’s work can take you from heartbreaking melancholy to impending doom only to end up with an uplifting feeling of euphoria-all in one measure. He was a master at creating tension by abruptly switching from quiet to loud passages and intertwining moods too create his visions from these soundscapes. He was also completely unabashed (and critiqued) about bringing his influence by fellow composers and styles from other regions into his work, resulting in pieces that would have sudden tempo changes and harmonies with eclectic instrument combinations. When Symphony #1 was first performed in 1889, it was largely unsuccessful, probably due to its experimental nature, critics and audiences simply did not know how to listen to it, which is exactly what keeps it relevant and vibrant over a century later.

4. Heitor Villa-Lobos (Brazil; b.1887, d.1959) Bachianas Brasileiras (1930-1945): These are more contemporary works from this prolific Brazilian composer, a nine piece series in numerous settings incorporating an array of instrument combinations and vocals. This could be called one of the earliest forms of “fusion,” marrying traditional Brazilian folk music with European classical forms; notably the Baroque styling of Bach. One of the many highlights of Bachianas Brasileiras is during the second suite which depicts a train chugging through the forests of Brazil with thumping cellos and guttural sounds of bows bouncing off of a cluster of contrabasses along with the thunder of a grand piano-it almost sounds like the blues! This is highly innovative music culled from a collage of muses. One critic described Villa-lobos as, “the single most significant creative figure in 20th-century Brazilian art music.”

5. Erik Satie (France; b.1866 d.1925) Gymnopediés: The Parisian Avant-Garde composer/Piano maestro Erik Satie practically invented minimalism and ambient music in 1888 when he wrote Gymnopediés, a series of tone poems on piano creating notes that were placed rather than played. The melodies of these pieces are at times fractured, yet with an accessibility that was years ahead of anything being played at the time. Satie looked at the counterparts of music not just as harmonies and melodies but as tools – he was a sound constructer, it wasn’t so much about the piece as a whole but about the resonance and timbre of his phrasing. He is quoted as describing himself as a “phonometrician” or “someone who measures sounds.” His influence today is immeasurable and can be heard in numerous artists from Brian Eno to Radiohead.

For further exploration: Another Jive Time favorite is Sergei Prokofiev’s score to Shakespeare’s Romeo and Juliet. Written in 1935, the score was originally rejected for it’s experimental nature but has since become one of his most performed compositions. True to its Shakespearian origin, the piece is at once light and comedic, and dark and tragic. Also check out Dimitri Shostakovich’s Suite for Variety Orchestra (famously used in the ballroom scene in Stanley Kubrick’s Eyes Wide Shut), early “chamber jazz” that actually swings a bit. Bartok’s Miraculous Mandarin was inspired by Stravinsky’s Rite of Spring and Petrushka; and it does, indeed, share many similar traits. Last but not least, check out  Charles Ives; his fourth symphony, is stunning!

Exploring any genre, especially classical, can be a profoundly personal experience. Use our suggestions along with others’ and you’ll soon find yourself on your own path. We encourage anyone who’s read this far to take many chances; experimenting is easy and affordable since classical LP’s and CD’s are plentiful in thrift store and record store budget bins.

One more tip: Unlike rock, you’ll encounter countless performances of key pieces by each composer. After discovering a few favorites you’ll likely want to compare performances. In the beginning though, we suggest simply sticking to reputable labels such as Deutsch Gramophone, EMI, London, Decca, Philips, RCA and Sony.

Are we forgetting your favorite composer or composition? If so, please share them in the comments field below: