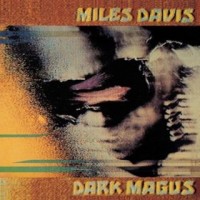 Imagine this – on one shoulder sits Curtis Mayfield, with white wings, white robe, pointing Miles in the direction of Heaven, on the other sits Charlie Parker caked in darkness, promising Miles the sun, moon, anything he wants if he will give in to temptation only once more. Then it begins. Underground Davis, at this grey grisly juncture, cuts a reclusive figure, like someone who shuts the door as soon as the music stops, dealing with his own externally silent internally pounding vices and saviours. His band, long departed from days of inch wide ties and handmade leather shoes sound like they were dragged from ‘Live and Let Die’, those intoxicating rhythmic thrusts evocative of severed goat heads and glistening snakes, Michael Henderson hypnotising himself on his own heavy fingered, staccato bass lines, Davis appearing from behind a headstone to insert his conniving fills and then return to his organ to mediate to his darkness and light sponsors. Just think, anyone one of these guys could grab you just like that and you might never be the same again if you are lucky to return, Reggie Lucas and Pete Cosey’s guitar lines soundtrack to rainy November night terrors, Azar Lawrence’s tenor sax so stifling in tone you could pass out. Joking aside if it got any more nauseatingly bleak it would make ‘Bitches Brew’ sound like an episode of ‘The Brady Bunch’. —KildareJohn