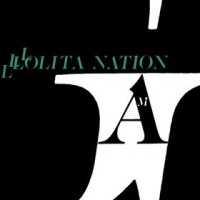 Power Pop Eden indeed. Being so extremely tough to come by and, since indeed it is sprawling as can get, Lolita Nation has been gaining a reputation of being a lost masterpiece of sorts, kinda in the same way that Big Star’s third record took forever to see the light of day. Well, it might not be as “where have you been all of my life” impactant as Alex Chilton’s notoriously damaged “Third/Sister Lovers” but across its 27 tracks there’s plenty for power pop fans to rejoice with. Relatively to their previous albums this one posesses a harder edge, with tunes like “Dripping with Looks” beginning to show a toughening process that clearly anticipates Scott’s future work with Loud Family. The two records Game Theory released leading up to “Lolita Nation” are surely much easier to approach but there’s an undeniable charm and an endearing quality to Miller’s craft, having a wispy voice at best he comes up trumps with immensely imaginative arrangements and oddly hummable tunes (The World’s Easiest Job, the fabulous Chardonnay) to form a colossal, irregular yet ultimately wholly appealing piece of music. —Johnny