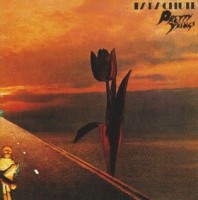 While Parachute is less innovative than its predecessor, SF. Sorrow, it shows the Pretty Things at their most mature, lyrically and musically. It begins with a medley that stretches through the majority of side one, one that vaguely resembles the one on The Beatles’ Abbey Road. While it doesn’t reach the cathartic heights of that medley’s finale, it’s melodically stronger than it’s counterpart.

The noisy Scene One is a discomforting opener, with wild drumming that establishes a manic atmosphere. But then it goes away, and you get the peaceful beauty of The Good Mr. Square, which immediately makes it clear that the Pretty Things have improved melodically since their last album, and almost all of these songs boast strong melodies and breathtaking harmonies. Even better yet, they spin that melody into a lovely gospel song in She Was Tall, She Was High, and it’s interesting to see how, in the space of a minute in a half, the song builds up and falls with its soaring chorus Then we get the gorgeous in the Square, with a melody so great, that Radiohead decided to rip it off for Paranoid Android. The song also starts introduce the dichotomy of the city and the country that’s such a prominent theme in this album. Then we get a terrific rocker in the form of Miss Fay Regrets, with it’s fantastic riff, and almost schizophrenic lyrics, and Grass, one of the album’s highlights, with its brooding piano line, and it’s lovely rising melody. The song sounds like a less self-indulgent Pink Floyd with similar production values, only, not only does it predate that classic sound, it actually exceeds it, achieving it’s lovely atmosphere without the use of any of the sound effects Pink Floyd cherished.

As the album hurtles towards its end, we get She’s a Lover, another fantastic rocker, with its Phil May’s lovely falsetto chorus and surprising middle 8 After that, we get What’s the Use, which stuffs three different songs into less than two minutes. It’s a little confusing, and I sorta wish the three parts could’ve been developed more, because they’re all strong, but that’s all made up for with the title track, which is gorgeous beyond words, and features some of the best harmonies this side of the Beach Boys. And that build up, when the drums and piano join the guitar, has to be the most cathartic moment on a Pretty Things record. The best part, is that rising synthesizer near the end, it just keeps soaring up and up and is almost overwhelming, and then the song stops. It’s a great and daring ending for an album, and is just another display of the bands great mastery of atmosphere. This is a fantastic album! —Foxtrot