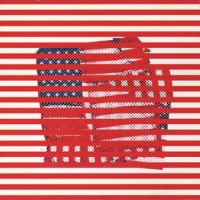 On their fourth album, Chicago post-rock godheads Tortoise continue to drift away from the stark musical academia of their mid-90s work and into brighter, (dare I say?) groovier territory. You can’t quite dance to Standards, but you can certainly get a lot closer than with any of Tortoise’s previous works, thanks to the newfound focus on upbeat rhythms, cool basslines and immediate percussion. If TNT was Tortoise’s jazz album, then this would have to be their funk album, if such a thing is even possible. Between those two albums they’ve evolved down a very smart path, though, as attempting to recapture the minimalist beauty of their first two albums would’ve been awfully difficult. By developing in this manner, Tortoise retain all the fascinating intricacies that have made their previous albums a joy to deconstruct, while revitalizing their sound and pushing them into accessible, effortlessly listenable territory more so than ever before. —Tommo