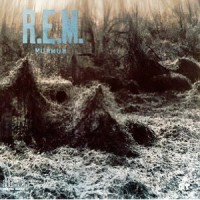 Prior to listening to Murmur and the rest of the R.E.M.’s 80’s discography I was only familiar with the band for their radio hits that would start appearing on Document and carry them through a wave of commercial success through the 90’s. I had no idea how much I would enjoy the straightforward, melodic, jangle pop of their formative days. I never had the highest opinion of Jangle Pop either but after spending the last few months with Murmur, I apparently was listening to the wrong bands. The combination of each band member’s unique talents makes Murmur one of the finest alternative rock albums of all time and an essential for the genre.

“Radio Free Europe” is a phenomenal opening track and is indicative of the general sound of the band’s first five albums. Buck’s free flowing guitar playing, Stipe’s unique, mumbled vocal delivery, Mill’s backing vocals and thumping bass line, and last but not least Bill Berry’s propulsive drumming technique. Every track here is packed with energy, even the slower “Talk about the Passion” and “Perfect Circle”. The uptempo tracks are controlled chaos and sound like the band is racing to finish the song whilst putting as much content into their efforts as possible. Lots of bands can attempt this style but few can do it with the organization and simplicity of Murmur. —Dan