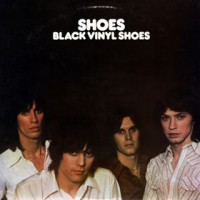 My pick for the fizziest power pop album ever made. The home-recorded guitar buzz even gives the cozy impression of a warm and constant carbon dioxide “fffffffff” across these fifteen catchy melodies. The group recorded it themselves as a demo—then they just released it as is—and each track is pure melody adorned only with the barest, ghostly living room production. It’s a uniquely spectral record, a little hook-filled cry in the night. Everyone notices its odd sound. Today, roughly 275,000 homemade albums come out each year, but in 1978 there wasn’t much else that sounded like this. Today, it feels timeless. It’s also consistently good. I can’t pick favorite songs off this any more than I can pick which M&M was the best out of the bag, but I’ve thrown “Fatal” onto a few mixes due its great percussion. —Jason