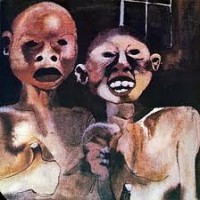 Hugh Masekela is one of the more colorful characters in jazz and has done numerous things in the course of his career, some of which, especially his forays into pop music, have caused critics to sneer at him; however, when he entered a studio in London with fellow South Africans Dudu Phukwana and Makhaya Ntshoko and the Americans Larry Willis and Eddie Gomez in 1972, the result was an unqualified and an undisputed success.

Home Is Where the Music Is is a fusion album in the best sense of the word, because it fuses only the most successful elements to arrive at a whole that is much larger than its parts. Masekela and main composer/producer Caiphus Semenya draw from traditional South African music, American jazz, soul and funk with a dash of spiritual jazz, and thanks to an ensemble in which each musician is no less than outstanding, the result is a thouroughly engaging, deeply soulful album that captivates the listener from the very first moment.

Masekela is clearly at the top of his game here; the range of tonal colors that he produces on his flügelhorn is remarkable, his use of half-valve tones and slurs impressive; at times you almost expect the valves to pop out of the horn. Phukwana is no second; while probably not quite as quick-fingered, he is firmly in the groove, and when he digs in, you want to follow him down every inch.

The fusion movement may have produced numerous misguided albums, expressing confusion rather than fusion, but Home Is Where the Music Is is one of the best examples of the genre. —Brian