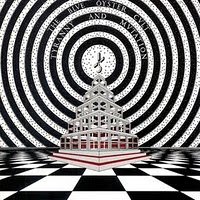 With considerably more vivid production and a greater focus on riff and rhythm than on atmosphere—and even more cryptic lyrics—the second BOC LP is superior to their debut by a dark country mile. The self-mythologizing continues, even picking up where the first record left off, with a revisitation of the Royal Canadian Mounted Police as some kind of secret Fascist society on the ferocious garage-burner “The Red & the Black.” The decadence and debauchery that threaded through their eponymous is in even stronger evidence here, too, with tracks such as the bluesy “O.D.’d on Life Itself” and the fiery proto-punk of “Hot Rails to Hell,” which anticipates bands like the Damned (albeit with the screwed-down-tight musicianship that make BOC’s early records such a treat and the contemporaneous live shows legendary). The album gets stranger as it progresses, with talk of Diz Busters, a Baby Ice Dog, and one of the band’s most bizarre creations, that Mistress of the Salmon Salt, who, moreover, is a Quicklime Girl. Zany might be the best word to describe the content here: they were often referred to as the “American Black Sabbath,” but the appellation only fits to the extent that BOC are similarly dark in their themes and can bring the Heavy when it’s called for: otherwise, these guys are punkier (Patti Smith was a close connection and occasional co-writer at the time), at once more traditionalist and more experimental (think the chug-chugging of the incipient Detroit punk scene crossed with the theatrical arrangements of Killer-era Alice Cooper and you’re on the right track), and a whole lot funnier than Birmingham’s doom purveyors. –Will