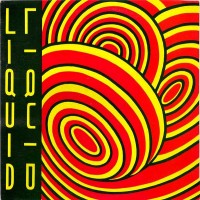 When the Superior Viaduct label reissued Liquid Liquid’s most famous EP last year (along with their other 12-inches), I and many other heads rejoiced. It finally made the New York post-punk funk group’s vastly influential “Cavern” accessible to vinyl lovers who don’t have deep pockets (unlike the track itself—*rimshot*) or who have reservations about purchasing bootlegs. As you probably know, “Cavern” inspired Grandmaster Flash & Melle Mel’s “White Lines (Don’t Do It),” one of the hugest hip-hop-party jams ever. “Cavern” boasts one of history’s most infectious, buoyant bass lines—thanks, Richard McGuire—and its tensile rhythm makes you want to jump through the ceiling of a basketball arena. You can understand why a popular hip-hop group would want to use it as the foundation for club banger; you can also understand why Liquid Liquid were miffed when Melle Mel & co. lifted the bass part of their song without giving them credit (Sugar Hill Records house bassist Doug Wimbish duplicated it). No doubt 21st-century bands like LCD Soundsystem and Tussle were taking notes to this stripped-down warehouse-funk bomb.

As for the rest of the four-track EP, “Optimo” places Sal Principato’s staccato, nervy New York vocals over a polyglot percussion attack, with some of the most manic cowbell hits you’ve ever had the pleasure to hear. This is a slippery, shuffling funk cut not too dissimilar to what A Certain Ratio were up to in Manchester a few years before with the dazzling “The Fox.” It should be noted that all four Liquid Liquid members played percussion, which helped to make their music the rhythm banquet it is.

Optimo‘s flipside tends to get overlooked, but it too features greatness. “Scraper” flaunts a bulbous bass line and all manner of piquant percussion touches, as well as Dennis Young’s beautifully supple marimba motif. “Out” is the record’s most dubby piece and strides in a pretty strange meter. Good luck dancing to it!