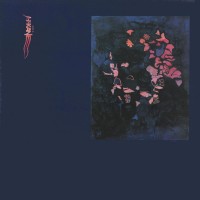 Heads still ain’t ready for A.R. Kane. The British duo emerged in 1986 on One Little Indian, sounding like the black Jesus And Mary Chain on their debut single, “When You’re Sad.” Maybe too much. It was a nice homage, but it reflected little of A.R. Kane’s unique personality. That would soon come with 1987’s Lollita EP on 4AD and the Up Home! EP in 1988, followed closely by their debut full-length, 69 and the Love-Sick EP. These records revealed a group commingling dream pop, soul, ambient dub, and electric-era Miles Davis in a wholly distinctive manner. (Major footnote: A.R. Kane also contributed to M/A/R/R/S’s 1987 smash hit “Pump Up The Volume,” which you can still find in bargain bins with some regularity.)

Opener “Baby Milk Snatcher,” the track that became the highlight of 69, slowly arises from slumber into recumbent, refracted dub bliss. It revolves around irradiated guitar grind, cyclical bass pressure, and Rudy Tambala’s tranquilized soul croon. The chorus of “baby, so serene/slow slow slow slow/baby, suck my seed” summarizes the mood of casual, lush eroticism pervading the song. “W.O.G.S.” features lyrics about being sold down and floating down the river, which aptly mirrors the music’s aquatic, solemn dubgaze haze.

“One Way Mirror” is the EP’s zenith, a fractured, shimmering specimen of radiant psychedelic-rock/dub fusion that reifies your disorientation. Tambala sings in surrealistic puzzles, but the line “I’m going up till I lose my skin” sums up the general feeling of self-abnegating transcendence. The record concludes with “Up,” which is some kind of peak of weightless, amorphous rock. It’s about ascending a stairway to heaven on the Black Star Liner (the shipping line that Jamaican politician Marcus Garvey instituted in 1919 to transport goods and people to Africa), and it’s unbearably poignant.

A.R. Kane would go on to record the housier, astral-jazzier, and more accessible “i” double LP and the not-so-great New Clear Child, but Up Home! remains their most concentrated blast of brothers-from-another-planet rock sorcery. You can also find these tracks on the 2012 double-CD compilation Complete Singles Collection. -Buckley Mayfield