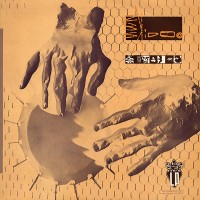 Funk got really weird in the UK in the late ’70s and early ’80s. The Pop Group, A Certain Ratio, Medium Medium, Cabaret Voltaire, Rip Rig + Panic, and, to a lesser degree, Pigbag were all finding interesting ways to mutate the American art form in their own severely agitational, Anglo manner. London’s 23 Skidoo were right in the thick of that heady era of funk reinvention, and Seven Songs was their crowning achievement. Here they mastered a sort of funk concrète and wasteland ambience that suggested a bizarre meeting between the Meters and Throbbing Gristle. (That group’s Genesis P-Orridge and Peter Christopherson co-produced the record with Ken Thomas.)

Seven Songs spectacularly launches with “Kundalini,” which starts with what sounds like a Theremin being finger-banged and a rendition of Hendrix’s “Star-Spangled Banner.” Then comes a mad conflagration of death-march kickdrums, rapid-fire bongos, Tarzan hollers, and dudes grimacing commands like “Move me, get down, spread!” and “Rise!” This is sex music of extreme urgency and chaos. And, as the title indicates, it’s writhing with the sort of primal, libidinous energy that accumulates at the base of the spine… if you believe in Hindu philosophy and that intense branch of yoga. Fuck yeah.

This amazing LP-opener leads into the ultra-tight funk sparkplug “Vegas El Bandito,” which sounds like a lean, late-’60s James Brown instrumental, but Latinized and dubbed out, with Alex Turnbull’s trumpet dispersing into Bitches Brew-era Miles Davis territory. That trumpet part gets delayed and dispersed into a cauldron of heavily FX’d guitar and ghostly drones of unknown origin on “Mary’s Operation.”

The desolate, post-industrial scrapyard dub of “New Testament” recalls “Super 16” on Neu! 2, but in the last minute, it transitions into a distant, Zoviet-France trance-out that sets the scene for “IY,” the album’s most flagrant party jam. This bongos-heavy, pell-mell jazz-funk juggernaut makes you want to have tantric orgasms and overthrow corrupt governments (sorry for the redundancy). The relentless momentum grinds to a near halt with “Porno Base,” in which uptight Englishwoman Diana Mitford natters on about the benefits of young people avoiding pleasure while a reverbed bass plucks and chains rattle in the foreground. It’s an early-’80s British thing; you wouldn’t understand.

The EP closes with“Quiet Pillage,” a sly homage/subversion of Martin Denny’s exotica landmark “Quiet Village,” its idiosyncratic percussive timbres, strange animal and bird sounds, whistles, and thumb piano making the record feel as if it’s staggering to the runoff groove with a dazed expression. What a baffling and oddly satisfying way to finish things.

23 Skidoo went on to cut some other interesting records—1983’s Coup EP (the Chemical Brothers’ pilfered its bass part on “Block Rockin’ Beats”), 1984’s Urban Gamelan, and 2000’s 23 Skidoo—but their best ideas cohered most fortuitously on Seven Songs. There’s nothing else like it. -Buckley Mayfield