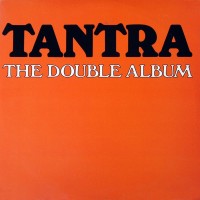 Much Euro disco is simply progressive music given an abundance of party drugs and guided by stricter adherence to steady 4/4 kickdrums, the better to grease dancers’ libidinous movements. I mean, just look at the track lengths on Italian group Tantra’s most easily obtainable release, The Double Album, which compiles 1979’s Hills Of Katmandu and 1980’s Tantra. The record’s peaks, “Hills Of Katmandu” and “Wishbone,” clock in at 16:20 and 15:40, respectively. And contrary to the common perception that disco is soulless machine music, the eight tracks on The Double Album—composed and arranged by leader Celso Valli—abound with moving male and female vocals and the passionate instrumental virtuosity reminiscent of the most revered prog-rock groups.

Case in point is the epic opener, “Hills Of Katmandu.” It’s a speedy space-disco gallop, powered by swift congas and bongos, heroic guitar flourishes, diaphanous female vocals (uncredited, unfortunately), and a synthesizer dialed into an exotic Eastern timbre and formulating a sinuous melody that augments the lyrics’ persuasive escapist theme. This deceptively complex, multi-part piece was obviously geared to eradicate all of your cares while helping you to lose a few pounds on the dance floor. It may not be as famous as Donna Summer/Giorgio Moroder’s “I Feel Love” or Diana Ross’ “Love Hangover,” but it deserves to be.

The six shorter cuts don’t come close to the greatness of the epic bookends here, but they mostly transcend boilerplate happy-happy disco shenanigans. “Top Shot” radiates suspenseful, cop-show rhythmic urgency and features an absurdly upful melody and vocal line that contrast with the lyrics, which deal with spiritually hollow excess: “I get my kicks daily/I’m friends with most of the big shots/I’m full of dope mainly/To cut out most of the stage flops/Don’t really know what to do/I think I’ll kill myself.” At one point there appears an intricately fiery guitar solo that would make Deep Purple or Van Halen fans snap their heads around and say, “DAMN.”

The supremely ebullient dance jam “Mother Africa” unsurprisingly bears a heavy African influence in the chanted vocals with Anthony Taylor’s soulful vocals and those beguiling women singers extolling Africa’s “Tempting and inviting/beautiful, exciting” enticements. LP finale “Wishbone” contains one of the most tensile and sinewy bass lines in disco history, but the plangent sitar flourishes elevate the track to a higher spiritual level, while brash brass charts thrust it into pulse-racing, action-film territory. This is how you end an album, y’all.

When an American electronic label called Italians Do It Better sprouted in 2006, the owners surely had artists like Tantra in mind. They’re not wrong. -Buckley Mayfield