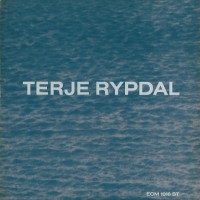 With only a little glibness, one could call Terje Rypdal’s second LP as a leader a Scandinavian counterpart to the best electric-era Miles Davis output (On The Corner, Get Up With It, A Tribute To Jack Johnson) And it’s not just me who thinks this. A sage critic at the British magazine Melody Maker suggested that Miles should’ve tapped the Norwegian guitarist to replace the departing John McLaughlin from his band; alas, that never happened, and we are all the poorer for its non-occurrence. Regardless, Rypdal went on to cut some fantastic records with Germany’s revered ECM label, including this phenomenal sophomore effort.

I first heard Terje Rypdal on Kinski guitarist Chris Martin’s KBCS Ampbuzz show in the mid ’00s. Martin played the album’s lead-off track, “Keep It Like That—Tight,” and I was instantly mesmerized. That cut is a highlight, for sure. Rypdal keeps it sparse and suspenseful over its 12 minutes, using wah-wah to accentuate his contemplative guitar epiphanies while the bass and drums form a Cubist strain of funk that’s akin to On The Corner‘s, except much more introverted and subdued. When Jan Garbarek’s saxophone enters the fray, it adds an element of mellifluous hysteria. Near the end, Rypdal jams out a serpentine, Larry Coryell-esque solo that raises the temperature in the room by 20 degrees.

The album then downshifts over the next three tracks, delving into what could be called “chamber-jazz ambient.” “Rainbow” is a beautiful, string-powered sigh that’s tinctured with tantalizing bells while “Lontano II” becomes a slowly revolving vortex of delayed guitar and bass, generating an austere and ominous feeling. The LP’s longest song, the nearly 16-minute “Electric Fantasy,” features the distressingly angelic chants of Inger Lise Rypdal, which cast a spellbinding chill over an space-jazz meditation that anticipates the forlorn atmospheres of Miles Davis’ “He Loved Him Madly” while also foreshadowing Goblin’s Suspiria soundtrack. Rypdal’s crystalline calligraphy and excoriating eruptions à la Lard Free’s Xavier Bauilleret spar with Bobo Stenson’s electric-piano sparkles and Eckehard Fintl’s gorgeous, melancholic oboe lines. A multitude of amazing, intricate gestures pile up in this masterpiece, taking you on a journey to seldom-sojourned realms. “Tough Enough” ends Terje Rypdal with an unexpected deconstruction of early Fleetwood Mac-style blues-rock, before transitioning into a casual homage to Miles’ Tribute To Jack Johnson. Keep ’em guessing, Terje!

For many listeners (including this one), Terje Rypdal represents the peak of the coolly fiery fusion guitarist’s storied career. It also ranks as one of the most enthralling entries in ECM Records’ vast, venerable catalog. -Buckley Mayfield