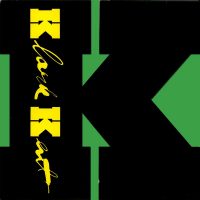 For a few years in the ’70s and ’80s, Stewart Copeland moonlighted from his main gig as drummer for new-wave/reggae mega stars the Police to cut some records under the alias Klark Kent. Some of them were super, man. The most substantial of them is this nine-track, 10-inch mini-album. An accomplished film composer (Rumble Fish, Wall Street, etc.), Copeland/Kent plays all of the instruments—drums, guitar, bass, piano, typewriter, kazoo—with bravura facility.

Opener “Don’t Care”—which was a top 50 single in the UK in 1978—originally was intended for the Police, but Sting reputedly couldn’t relate to the sneering, bratty lyrics. But the song triumphs with its insanely catchy, speedy new wave heat, its smooth propulsion, unpredictable dynamics, and sneering lyrics. It sounds as if it’s going to fly right off the grooves and smack your face. The yobbish reggae rock of “Away From Home” reveals Copeland’s voice as the album’s weak link; it’s a bit too proud of its gawky geekiness. As a singer, he makes a great drummer. But the track does boast a wonderful, curt, corkscrewed guitar solo.

“Ritch In A Ditch” [sic] is tensile, slightly quirky rock in the vein of early Police. The line “I wanna be rich/I don’t wanna work in a ditch” is funny because Copeland was likely well on his way to having a fat bank balance by this time. “Grandelinquent” is a slashing, skewed instrumental with a manic piano solo and wicked Snakefinger-/Fred Frith-esque guitar solo.

Things get really interesting on “Guerilla,” whose brilliant, proggy new wave moves are not too far away from what Robert Fripp was doing in the late ’70s/early ’80s. “My Old School” toggles between breakneck new wave and well-meaning Causcasoid reggae and is laced with revenge-fantasy lyrics. The song proves that Copeland is better at the former than the latter. The lean, swerving, Police-like rock of “Excess” comes replete with sizzling guitar solo and crucial cowbell accents as Copeland laments, “my excesses are getting the better of me/I’m ready to go home.”

Klark Kent peaks on the closer, “Theme For Kinetic Ritual.” Rhythmically brash and melodically heroic, this instrumental sounds like a score for the best sports TV show that’s never been aired. Seattle radio station KEXP used to use this track as a bed for its concert announcements, and it was perfect for stoking anticipation. I love to drop this one in DJ sets and then see the baffled look on people’s faces when they ask what it is. -Buckley Mayfield