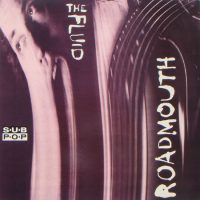 Forever known as the first non-Seattle band to sign to Sub Pop, Denver’s the Fluid smashed it out of the park for this city’s best-known label with the 1989 full-length Roadmouth and its 1990 sister EP, Glue. Both records—which were release together on CD—flaunted the Fluid’s savvy blend of grunge-y girth and power-pop melodiousness. They are perfect mergers of the MC5 and Cheap Trick.

Given how great these songs are, the Fluid should have been at least one-fourth as popular as Nirvana and one-third as popular as Soundgarden. Instead, they’ve ended up more of a grunge footnote, mostly beloved by a small hardcore fan base and Sub Pop obsessives. It’s yet another music-biz miscarriage of justice, but Roadmouth deserves your undivided attention, even in the terrible year of 2020.

“Twisted & Pissed” famously begins with the lines, “he was the oldest son of a drag-queen dope dealer/he woke up this morning with a headful of nightmare” and it might be Roadmouth‘s greatest example of an indelible earworm, thanks to the rowdy choruses sung with unison vocals. Most of the album consists of supremely catchy, hell-raising rock, such as “Cop A Plea,” which wouldn’t sound out of place on Mudhoney’s self-titled album. The Fluid really nailed this rugged-rock songsmithing thing; it didn’t hurt that Jack Endino was producing.

Some sly homages appear, too. “Fools Rule” is a relatively slow and heavy bulldozer of a tune that explodes into a Billion Dollar Babies-like lighter-lifter during the choruses. “What Man” cops the strutting riff of Them’s “I Can Only Give You Everything” while “Ode To Miss Lodge” sounds like a hit single in a world in which the Troggs’ “Our Love Will Still Be Here” was as big as “You Really Got Me.” And in perhaps the most surprising move here, the Fluid cover Rare Earth’s party-starting stadium-funk bomb “Big Brother,” and acquit themselves very well.

Roadmouth is one of those LPs in which you hear a different fave song every time you listen to it. It’s much more special than its relative lack of recognition suggests. -Buckley Mayfield