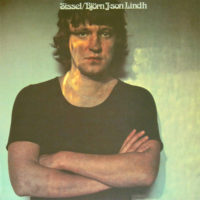 One of my goals in life is to bring Björn J:son Lindh’s outstanding music to more people’s attention. It’s hard work, but somebody has to do it. I’m by no means an expert on this Swedish fusion flautist/keyboardist, but I do think he has at least four albums that deserve precious shelf space in your home. These records—Ramadan, Cous Cous, Second Carneval, and Sissel—flaunt Lindh’s idiosyncratic way with melody and dynamic, funky rhythmic finesse. I’d like to explore in more depth Sissel, as that’s the LP I find myself playing out most in DJ sets.

When you hear lead cut “Bull Dog,” you’ll understand why I and other fusion-friendly disc jockeys rely on Sissel for rocking parties. The opening break stands out from your run-of-the-mill funk with its nimble metallic and woody percussion accenting a deep, methodical bass/drum groove, all slashed by Lindh’s staccato flute striations. Midway in, Jan Schaffer’s fluid, pointillistic guitar solo launches “Bull Dog” into John Abecrombie/Gábor Szabó heights. Shout out to Stefan Brolund’s staunch bass line, as well. “Storpolska” represents one of the great red herrings in music. It starts like an ancient folk song in an odd time signature, until Schaffer’s blaxploitation-funk, wah-wah’d guitar riff and Mike Watson’s churning bass materialize and shift things to Shaft-land. A wonderful cognitive dissonance arises when Lindh starts to blow pastoral-prog flute airs over the urban-turmoil soundtrack, which boils to Miles Davis/On The Corner levels, as Schaffer’s pyrotechnics soar into Sonny Sharrock/Pete Cosey dimensions of sculpted chaos.

Similar to “Bull Dog” in its sparseness and percussive vocabulary, “Your Own House” is even funkier and more laid-back. No wonder it’s been sampled in nine songs, including those by Aceyalone, Black Milk, Meat Beat Manifesto, and Attica Blues. The chorus recalls Herbie Mann at his most beautifully melancholy. Written by Jan Schaffer, it’s a perfect track with which to end a DJ set; it feels as if the music’s poignantly waving goodbye. The title track’s hard-hitting, action-packed fusion à la Deodato’s Prelude; Lennart Aberg’s soprano sax solo baroquely rips. Sissel closes with a cover of Joe South’s 1968 anti-hypocrisy country-rock classic, “Games People Play,” on which Schaffer’s guitar sounds a bit like a sitar. South’s melody is so well-suited for Lindh’s delicate euphony, and it’s amazing how the song sounds at once cheerful and downhearted, especially in this version.

Lindh’s ’70s albums are neither very common nor ultra-rare, but when they do turn up, they’re usually reasonably priced. Grab one next time you see it, and validate my thesis, if you’d be so kind. -Buckley Mayfield