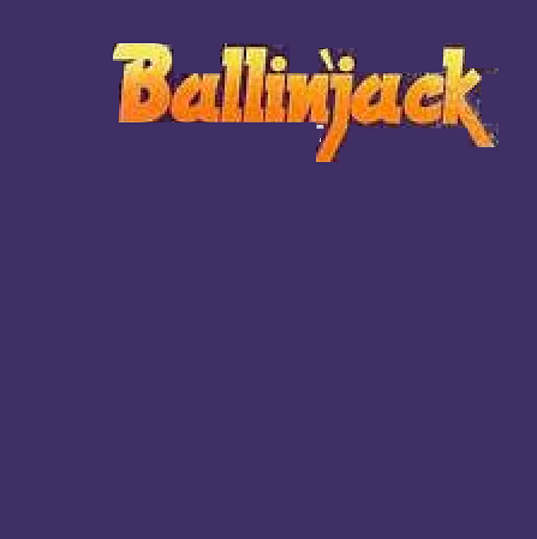 Ballin’ Jack was formed in Seattle by former childhood friends Luther Rabb and Ronnie Hammon. Both of them had gone to school with and been friends with Jimi Hendrix at the city’s Garfield High School.  In the early 60s Luther Rabb played around the NW with several moderately successful outfits on the teen and R&B circuits.   He had even played saxophonist alongside Jimi Hendrix’s in The Velvetones, the first band Hendrix had been involved in.  Ronnie Hammon was a drummer who’d also backed a few Seattle bands-none of them particularly notable.  In 1967 Rabb and Hammon decided to form their own band.  Rabb, a multi-accomplished musician would leave the saxophone behind and switch to bass guitar.  Hammon continued drumming, thus forming a strong rhythm section.  Almost immeadiately they added Jim Coile on flute and Tim McFarland on trombone. A bit later Jim Walters would come onboard as their saxophonist and Glen Thomas providing the lead guitar.  The name Ballin’ Jack has obscure origins.  It could be based on “Ballin’ the Jack” a 1913 song written by Jim Burris and  Chris Smith.  It could refer to the and the ensuing dance that became popularized by the song.  The expression “Ballin’ the Jack” also has ties to railroad workers who used the expression “to go full speed”.  But the band’s use of the shortened expression probably was chosen for one of two other reasons.  Sometimes the term “ballin’ the jack” implied having a great time.  There’s certainly enough examples of the expression being used in film, on Broadway and popular music….but sometime the meaning was (literally) deep, full-on sex.  Blues great Big Bill Broonzy sang in “Feel So Good”

He can be ugly, he can be black
So long as he can eagle rock and ball the jack

There’s several ways to interpret the term, but “ballin the jack” was an expression often used in jazz and blues circles to mean deep, full and fast sex.  It may be this veiled, slang reference is the meaning the band intended their name to represent.

Ballin’ Jack found themselves moving to Los Angeles, living in a large house cum-home studio near the Sunset Strip.  Although all of the members had put plenty of time paying dues, their signing to Columbia Records and tour success came almost immediately, partly due to the encouragement of their old friend Jimi Hendrix.  One key to their success is that Ballin’ Jack had been formed not only as a soulful funk unit, but also as one of the “horn bands” that were popular on the fringe of pop music in the late 60s and early 70s.  They found themselves treading the waters of both James Brown and Sylvester Stone along with bands like WAR, Pacific Gas and Electric, Cold Blood, Tower of Power and other rock bands featuring horns that were arising from on the West Coast.  Obviously the most successful of these bands was the more commercial Chicago Transit Authority-later shortened to Chicago-from the Windy City

Many of these bands had begun creating a new hybrid of soul, jazz, funk with strong horn sections. They also followed the current (at the time) move to integrate multi-ethinic players into their line-up. Ballin’ Jack could be counted among this new genre, and their rise had been quick, but Ballin’ Jack they only found modest success outside the Northwest and Bay Area of being an incredibly tight and incredibly well-loved live act.  They played the college circuit, auditoriums  like the Fillmore West and the Fillmore East and a myriad of rock festivals.  In 1970 Billboard Magazine proclaimed

“Ballin Jack’s’ reputation was that live their shows were so good that fans were known to have left afterwards, and that some headliners had actually refused to have them again as an opening act”.

Unfortunatly none of this translated into the kind of album sales and radio play they deserved. The band only lasted five years, but not before becoming a reliable touring draw and Jimi Hendrix insisting they be included as openers for several of his 1970 Cry of Love tour. After .Hendrix’s death that year they would continue to share bills with the likes of B.B. King, Spirit, Elton John, Sly and The Family Stone, The Kinks, and more of the most famous artists of their day.  They even found themselves playing two of America’s most venerated small clubs, The Bottom Line in New York City, and The Troubador in Los Angeles.  The band also played two separate sold-out dates in their hometown, at Seattle’s Paramount Theater in 1973 and 1974 respectively.  In 1973 Ballin’ Jack were featured on Burt Sugarman’s prestigious late-night show The Midnight Special.  One thing that distinguished the show was that bands played live in the TV studio.  No lip-synching.  No backing tracks.  Of course, Ballin’ Jack tore the place up.

In 1974 Ballin’ Jack called it quits due to poor album and single sales, and the band’s running it’s natural course. Co-founder Luther Rabb went on to tour as vocalist with Santana in 1976.  He then began working with Lola Falana and in 1977 released his own solo album Street Angel. Throughout the early to mid 1980’s Rabb was the bass player for

In 1986 Rabb was involved in a serious automobile accident that left him with nerve damage-consequently ending his career as a bassist.  At that point Rabb moved on to management and production until, sadly, he was left paralyzed by a stroke in 2002.  Eventually Rabb died in 2006, but he’s still recognized for his incredible talents in Ballin’ Jack,  Santana, and WAR.  He had kept close contacts with friends and musicians in the Seattle area, where his passing also had a great effect.

Although Ballin’ Jack never found the audience they should have in the 70s it’s ironic that since the band’s demise their music has been used in TV and Radio ads for the ESPN X Games and Found A Child was re-recorded in 2005, by Kon & Amir” and released as 12″ vinyl for sale to hip-hoppin’ live DJ’s.    The Beastie Boys also sampled Ballin’ Jack’s  “Never Let ‘Em Say” on their album Paul’s Boutique.  Their music has also been sampled by Ozamatli, Gang Starr and DoubleXX Posse Cheetah Girls .  Their most famous and most heavily sampled Found A Child was used liberally on Young MC’s international hit, Bust A Move.