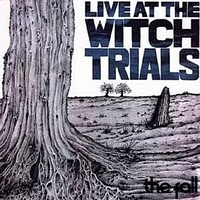 They are the Fall. He is the Fall. I’m awfully glad someone is, because, pound for pound, album for album, song for song, no one would make such consistently exciting music between 1977 and about 1987. Their debut LP is just about as extraordinary as any of their other prime-period albums, as a young Mark E Smith rants over a busily neurotic minimalism that here sounds a lot like Public Image Ltd. but with more Can than dub in the mix. They also have more studio polish here than they would for several albums, even if it is an ultra-cheap studio sound with a slightly cheesy “punchy” drum sound and a rather drab mix that’s oddly glossy in comparison with, say, Grotesque or Hex Enduction Hour. And even if the infamous Fall sonic/conceptual vocabulary is only in its infancy on this one, this is light years ahead of its peers for morbidly funny, scathing misanthropic vitriol and irresistible two-note hooks. I shouldn’t say that. The Fall have always been peerless. Not a weak track on here; threatening, hilarious, creepy, that is the Fall. If you don’t like ’em, you deserve it. –Will