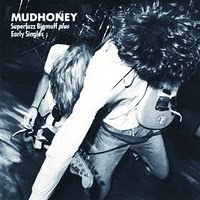 Superfuzz Bigmuff plus Early Singles was my introduction into Mudhoney and the perfect place to start for newcomers. The great thing about this compilation is that it appeals to fans of all kinds of genres, not just grunge. Verifying the date of when this original EP was released we already know that it was before the whole grunge vogue. It even dates back before the explosion by a little band called…shit – sometimes forget the name, but they infiltrated the mainstream and changed music forever. So, if you have a problem with the “grunge” label and other typecasts no need to fret because Mudhoney is straight up garage rock with a grime quality added on to it. I can hear many influences that various bands drew together from this band. Hell, the opening track “Touch Me I’m Sick” is the absolute grunge anthem, in my opinion. It draws more from the “grungy muck” distinguishing the glorified sound that electrified the planet in the early 90’s as opposed to “Smells Like Teen Spirit” have-on-loan resonance of the Pixies “slow-fast” format. There is no denying the fact why one song was bigger than the other. Mudhoney was more interested in the raw sound of the Stooges and the debris of it all. Often the songs are just repeat uncomplicated lyrics with effortless playing, but there was a reason why these guys are so appropriately labeled the igniters of a revolution. Mark Arms feral scream was so concentrated that it was only rivaled by that of a Mr. Cobain. These guys had the gravy, while so many others were lingering, trying to play catch-up. Everybody I know gets hooked on this band as soon as they hear this album. –Jason