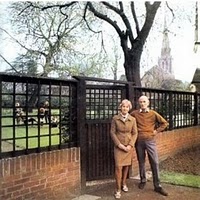 While Liege And Lief may very well be a more revolutionary and influential album than Unhalfbricking, I’m sure I’m not alone in thinking the latter even better than the former. As both their last album as “England’s Answer To Jefferson Airplane” and their first to move decisively towards traditional folk (and to feature Dave Swarbrick), it straddles both camps effortlessly. Of course both Richard Thompson and Sandy Denny contribute two excellent songs each, of which my favourite has always been the jazzy “Autopsy” (what a wonderful drummer Martin Lamble was!). Of course, “Who Knows Where The Time Goes” isn’t exactly a throwaway either. There’s no less than three Bob Dylan tracks, all of them unreleased by Bob in 1969, including the very moving “Percy’s Song”, featuring ex-Fairporter Ian Matthews on harmony vocals. (While this song had been recorded while he was still in the band, it began a tradition of ex-members making cameo appearances on new Fairport records that has made them see less like a band and more like a family.) The stunner, though, has to be the wonderful performance of the traditional song “A Sailor’s Life”, reputedly recorded in one take. I’ll take this one over all of Liege And Lief, thanks. Unlike some of Fairport’s other records, this one hasn’t aged a bit, and there’s absolutely no filler tracks. –Brad