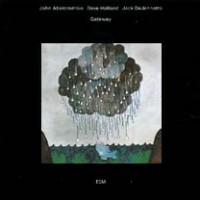 ECM Records is a jazz label founded in 1969 in Munich, Germany by producer/bassist Manfred Eicher. ECM (Edition of Contemporary Music) became known as a label that created a musical environment all its own. The recordings were sparse, minimalistic and relying on space as an accent to create what is now widely known as the “ECM sound”. Most of the recordings were rooted in jazz but combined with other genres. As well as blues, funk and rock, various forms of European folk, world music and contemporary classical music frequently found its way into the landscape. From the packaging, to the pristine production style, Eicher’s releases all are linked with a certain aesthetic that ties them together; he has definitely had a vision in mind. One reviewer from Coda Magazine described the music as “The most Beautiful Sound Next to Silence.” But not all critics shared the same opinion.

The music was, and still is, ostracized for being self-absorbed, cold, and lacking soul. Depending on the listeners taste, the label has also been credited (or accused) of ushering in the New Age era. A number of releases do indeed have these qualities that can drag down and can get a bit arid. But there are many recordings that hit the mark, where space fills the gaps and silence gains a voice, resulting in exciting and innovative art.

Manfred Eicher’s ECM has had a significant impact on the evolution of jazz and improvised music and how it is produced, performed and recorded. By using subtlety as a tool, and combining different styles, his musical stamp has managed to produce some exploratory, modern sounds that could easily suit a broad range of musical tastes. The label is still active and going strong today and Eicher is still applying his “less is more” approach to dozens of recordings each year.

Listed here are some releases that will hopefully dispel some of the negativity surrounding the label:

1. Gateway Gateway (1975) Guitar trio set featuring John Abercrombie on guitar, the great Jack DeJohnette behind the drums, and Dave Holland on bass. This record covers everything from post-bop swing to abstract, sonic explorations. This is a criminally underrated guitar trio record, if not one of the best releases from ECM.

5. John Abercrombie Timeless (1975) Another trio record featuring John Abercrombie and Jack DeJohnette, only this time Jan Hammer on keyboards joins the fold. I had to include this spaced out fusion masterpiece. Frenetic drumming and fuzzed out guitar and organ washes create psychedelic soundscapes with funky breaks alongside tender acoustic guitar/piano duets. No Miami Vice theme here.

For further listening check out Ebhard Weber’s Colours of Chloë (1973); think Tortoise, Talk Talk and Him (not to be confused with the metal group of the same name). Fans of progressive rock and fusion such as early King Crimson and Miles Davis’ In a Silent Way and Bitches Brew should give guitarist Terje Rypdal’s first four ECM records a spin: Terje Rypdal (1971), What Comes After (1973), Whenever I seem to be Far Away (1974) and Odyssey (1975). More recent releases include Fender Rhodes/pianist Nik Bärtch’s quartet Ronin (2006) that focuses on groove and repetitive motifs creating tension as the music evolves. Drummer Thomas StrØnen and Saxophonist Ian Ballamy’s group Food’s Quiet Inlet (2010) craft a starkly beautiful, atmospheric blend of electronic and acoustic sounds, if you like live electronics and down tempo check this out. – ECM Tim

Are we forgetting your favorite ECM recording? We’d love to hear your comments:

2 comments on “Quiet Chaos:
An Introduction to ECM Records”