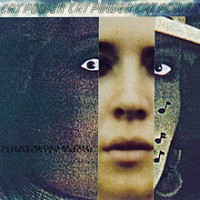 Mammal music was how Richard Meltzer described Chan Marshall’s music. Probably one of the last positive statements he said about anyone musical (that wasn’t playing jazz, blues or country maybe), since he called the decade of the 90’s an “empty room” and had long before pulled the plug on rock in most any form.

After the double barrel shots of “Dear Sir” and “Myra Lee,” Marshall went for something a bit prettier and more ornate than her stripped-down debuts. Not that Chan’s themes have changed much; it’s all nervous woman-breakdown content, but each song doesn’t sound so morbidly hopeless this time around. Steve Shelly of Sonic Youth is still drumming and some SY feedback rubs on the production in places, but for the most part this is Chan’s vision, and while the songs are brighter with chimes and steel pedal all is not well in this Southern girl’s world.

Originals “Good Clean Fun” and “Nude As The News” can leave a slab in the back of your throat with their honesty and moments like “They Tell Me” are very country-derived and sound just as true. Gearing up for Moon Pix, Chan shows that she can work people into her own personal foil and come up with something more elegant. But her own reinterpretation of “Enough” near the closer is still anxious and skittering, like what the inside of her head must’ve been like. -Wade