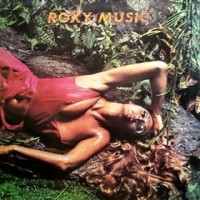 Stranded was Roxy Music’s first album after the departure of Brian Eno – who was undeniably the band’s driving force when it came to experimental avant-garde rock. No doubt the change in personnel lost the band a number of acolytes but there are enough traces of his influence remaining to make this the finest album the band ever released and, in my eyes at least, something of a classic. The introduction of Eddie Jobson’s woodwind rather than Eno’s spacey loops signalled a sea change in the band’s approach with Ferry using this smoother sound to promote himself as the ultimate suave womaniser who thought he could seduce with a mere twitch of his tonsils. And, on some of these tracks, that doesn’t sound too farfetched. With the passage of time it becomes ever more apparent that Roxy Music consisted of some truly excellent musicians. Phil Manzanera’s guitar, Andy Mackay’s sax and, in particular, one of the most underrated of drummers, Paul Thompson, all deserve equal credit even though they couldn’t compete with Ferry’s persona. The album contains eight tracks all of which are praiseworthy but special consideration should be given to “A Song For Europe”, “Amazona”, “Psalm” and the tour-de-force “Mother Of Pearl”. –Ian