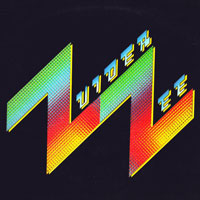 During their existence, Zuider Zee stood as one of Memphis’ more talented (if lesser known) contributions to mid-’70s power-pop. They’re also one of those bands that deserved far greater recognition than they were given. Kim Foreman and Richard Orange originally came together in Louisiana, cutting their first record as members of Thomas Edison’s Electric Light Bulb Band. By 1969 they’d picked up a mentor in the form of manager Leland Russell, along with a new name. Relocating to Memphis, the band started playing local clubs. A 1973 showcase for Elektra failed to score a contract, but within a year they’d recruited a new drummer (Robert Hall) and signed with Columbia.

Their 1975 eleven track debut is a truly engaging set of UK-flavored power-pop. Imagine the best of Badfinger’s Pete Ham, or perhaps 10cc’s Eric Stewart doing their best Paul McCartney impressions and you’ll get a feel for the musical landscape. While “Zuider Zee” may not have been the year’s most original album, the set had more than it’s share of pleasures, including the Rickenbacher-propelled rocker ‘Zeebra’, ‘You’re Not Thinking’ and the slightly ominous Haunter of Darkness”. Normally a Paul McCartney comparison serves as a creative kiss of death, but Orange was among the few guys who could actually pull it off (Emitt Rhodes also readily coming to mind). Orange had a great voice which was particularly appealing on songs like the rocker ‘Rubber Men’ when he employed his raspy edge (imagine McCartney’s vocal on ‘Helter Skelter’). Skeptical of that description? Close your eyes and check out Orange’s truly uncanny McCartney-like deliveries on the rockers ‘She-Swing’ and ‘The Breaks’ (the latter sounding like something from “Band On the Run”). A package of great melodies and excellent guitar made this a pleasure for anyone who enjoyed Badfinger or The Raspberries catalogs.

From a marketing perspective having spent a fortune recording the LP, Columbia’s promotional and marketing scheme was curious. Credit Columbia’s art department with coming up with one of the year’s most unimaginative covers. Columbia decided not to tap the album for a single. Tour support was lukewarm at best, the band opening for a staggering array of acts ranging from Caravan (???) to The Tubes. Coupled with a pseudo-glam image that may have been a tad fey for many mid-1970s American audiences and in an era of punk aggression and disco madness the album vanished without a trace.

The final blow came in December 1976 when bassist Bonar interrupted a group of thieves trying to steal the band’s van. Beaten and stabbed, he was lucky to survive the attack. The band effectively collapsed when the other members refused to continue touring with a replacement while Bonar underwent extensive physical therapy. —Scott Blackerby