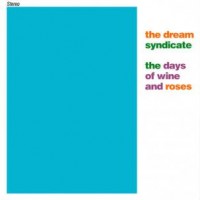 Even by the fleeting standards of today’s internet-fueled micro-movements and trends, the Paisley Underground was a particularly short-lived musical moment. Springing forth from the Southern California suburbs in the early-’80’s, the movement eventually coalesced around Los Angeles. While most of the bands quickly splintered, or lost their spark under the influence of commercial pressure, their influence can be felt more acutely three decades down the line, coming home to roost in the contemporary indie underground’s renewed infatuation with all things psychedelic and of the ’80’s. While “psychedelic” bands with a Velvet Underground fetish or a Byrds fixation are as commonplace as yoga mats and kombucha in a Whole Foods re-usable tote today, they stuck out like a sore thumb in the new-world synth and drum machine landscape of the early ’80’s, when the initial stirrings of the bands that would come to be synonymous with the sound began. The following are some of the standout efforts from a scene that disappeared almost as quickly as it arose.

The Dream Syndicate The Days of Wine and Roses (1982). Without a doubt the most commercially viable of the Paisley Underground fleet, the Dream Syndicate were the Trojan horse that snuck everyone else into the party. Not that most of their brethren would have anything approaching mainstream success, but many would land major label contracts and a degree of recognition, at least for a time. The Days of Wine and Roses has endured for good reason – it was, pound for pound, one of the more bulletproof releases from the Paisley scene, or any of the era in general. Of course it helped that they were doing something pretty far out-of-line with the times – reviving primitive guitar meltdowns and folk melodies in the age of New Romanticism and Eye Of The Tiger.

Rain Parade Emergency Third Rail Power Trip/Explosions In The Glass Palace (1983/1984). Although many of the Paisley Underground’s main players would manage to sustain careers in some form or other, The Rain Parade’s Steven Roback was perhaps the only figure who would go on to eclipse the success and popularity of his PU-era acts. Growing up in the age of Mazzy Star, it would be years before I realized Roback had been quietly refining his hazy whisper-core for a decade before the commercial breakthrough of “Fade Into You.” Hope Sandoval would first appear in later incarnations of Opal, but it was with Rain Parade that Roback began crafting his strain of hushed psychedelic pop that would become so influential years down the line. It’s no secret that a lot of pop music from this era did not age well, but Rain Parade’s modern take on the dark side of psychedelia manages to hold up well, even among their Paisley peers.

True West Drifters (1984). One of the more overlooked bands in the PU orbit, True West approximated what The Church might have sounded like with a touch of the great plains (via the Central Valley) stirred in to taste. Though the early lineup (featuring songwriter Russ Tolman) didn’t last long, they would manage to squeeze out a couple of great EPs and this superlative full-length debut. While Tolman and many of his peers from the Paisley scene would go further down the wagon trail of Americana and Alt-Country/No-Depression, Drifters remains the perfect balance of crisp, sparkling songwriting, with a kiss of twang felt in the flourishes of the occasional plangent guitar lead and brooding lyricism. Fans of early Robyn Hitchcock or The Go-Betweens darker material should investigate post-haste.

Game Theory Real Nighttime (1985). Scott Miller’s Game Theory were outliers in a scene already on the fringes. They came up in the same circuit, and shared bills and basic aesthetic choices with many of the Paisley school, but were closer to a traditional power pop band in execution. I know – the words “power pop” are a kiss of death for some of you out there, but don’t let that scare you off. Miller and his rotating cast of players churned out some of the most infectious albums of the era – songs stacked with hooks, each catchier than the one that preceded it. No one talks about it, but there’s no way Real Nighttime and The Big Shot Chronicles were not formative influences on The New Pornographers and their ilk.

Opal Early Recordings (1989). Although some of it came out under the Clay Allison moniker, most of this material didn’t see wide release until well after the departure of Kendra Smith, who, starting with The Dream Syndicate, appeared to be making a tradition out of quitting bands just when they were peaking. Though a lot of people swear by Happy Nightmare Baby (recorded later with Hope Sandoval), this material is perhaps the perfect literal embodiment of the enigmatic darkness that a term like “Paisley Underground” implies. The template for Mazzy Star is even more in evidence here, with Roback and Smith’s dark torch songs stretching out into extended, loose-limbed psych/folk jams without warning. If The Days Of Wine And Roses was a modern interpretation of White Light/White Heat’s pathos, Opal’s early movements were the equivalent of the third VU album – candlelit meditations of uninhibited beauty and longing.

Further listening: Hex was a collaborative project featuring Donette Thayer (ex-Game Theory) and Steve Kilbey of The Church. Their self-titled effort from 1989 is one of the more unique and beguiling albums of the era, taking the swirling psychedelics of the Paisley bands, slowing it down, and applying an ashen layer of goth to the mix. The heavier 4AD vibe makes it predictive of both the early-’90’s Trip Hop trend, and today’s indie underground new-goth-wave/industrial revival. Like many of their compatriots, Green On Red came out of the gate steaming with a couple of formative EPs, then quickly retreated into the safe harbor of alt-country. Nevertheless, a significant band for their magnetic force in pulling the early scene together into something resembling a movement. The Three O’Clock also deserve a mention here, being responsible for the coining of the term “Paisley Underground.” They too would lose the plot fairly quickly but their Baroque Hoedown EP is worth seeking out for it’s jangly, Buzzcocks-ian immediacy. Happy hunting! — Jonathan Treneff