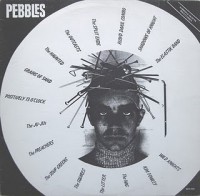 In 1972 Elektra Records’ Jac Holzman asked future Patti Smith Group guitarist and bassist Lenny Kay to compile what was a essentially a glorified mixed tape, resulting in Nuggets: Original Artyfacts of the First Psychedelic Era. This release became synonymous with the term “Garage Rock”, but this designation is not entirely accurate. Though rough and tumble staples like the 13th Floor Elevators and the Seeds are represented, more poppy-sounding bands like the Mojo Men, Sagittarius (featuring Glenn Campbell on vocals), and a host of other acts—some of whom were nowhere near a suburban garage when they cut these sides — are there too. Nuggets’ legacy is not so much its innovative (re)packaging of near hits, but its role in defining an aesthetic and its establishing of multiple genres and sub-genres: acid rock, power pop, sunshine pop, imitation Merseybeat, Dylan copycats, blue-eyed soul, even early Latino-rock  — they’re all here along with more that send rock critics reaching for their thesauruses and record collectors scrambling for their paypal accounts. Perhaps neither Kaye nor Holzman knew the long-term ramifications of their Frankenstenian experiment. Indeed, the monster they created essentially spawned a whole industry, that of the Esoteric 60’s Music Compilation. It’s an industry that refuses to die, even almost 40 years later. Exploring this brave new world can be a daunting task. Here then is a quick guide to some logical starting points:

1. Pebbles – Conceived and created in Australia only a few years after the original Nuggets, this series focused on more raw and obscure (though not entirely unknown) acts from the US. Numerous volumes and offshoot series of widely varying quality proliferated through the 70’s and 80’s, but volumes 1-6 are pretty darn solid.

2. Back From The Grave – One of the few series worthy of the “60’s Garage Rock” classification, the US bands represented here are young, fast, raw, and sometimes very poorly recorded, which undoubtedly adds to its authenticity.

3. Acid Visions – Regional garage and psych compilations are very common. This one focuses on the Lone Star State, which produced a surprisingly diverse and consistently high quality array of sounds in the ’60s. The third and final volume focuses on female artists, a very underrepresented demographic in this male-dominated realm.

4. English Freakbeat – Since suburban two-car garages are not as common in England, perhaps it was inevitable that a moniker for similar music from the British Isles would be invented, and “Freakbeat” seems just as apt as any. Though the bands on these five LPs share many commonalities with their American garage brethren, a rawer and more purist blues sensibility often dominates.

5. Rubble – While this Anglocentric series covers the Freakbeat sound like the series mentioned above, its emphasis is on the more cerebral and whimsical Psych-Pop of the late ’60s British and European scenes. Though spotty at times, many installments in this twenty volume series have numerous great tracks.

Further listening: One would think that by this point everything worthwhile has been unearthed, but the excavation continues. As unknown sides from the US and British scenes of the 60’s become scarcer, collectors are looking to more unexplored caches. Private pressings, underground Prog Rock, and Global Garage Rock have been the subject of many comps as of late. Cambodian Rocks delves into a thriving Asian scene that was tragically quashed when the Khmer Rouge took power. Love, Peace, and Poetry, a series still in progress, spans the globe to bring listeners impossibly rare pysch from the ’60s and ’70s. —Richard P

Are we forgetting your favorite series? Share your comments here: