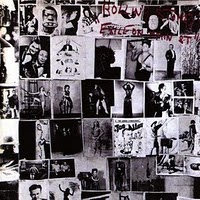 This is the shit! Inaccessible at first, this sprawling double album seems to emerge from its hazy inscrutability one song at a time (beginning with “Tumbling Dice,” of course, possibly the Stones best single), until, at last, you can accept the thing of a piece, which is, after all, necessary, lest you be left wondering what’s so great about a song like “Casino Boogie,” which needs its context to be fully appreciated as a great country-rock knock-off. This is only one example of the album’s textural complexity. “Rocks Off” is surely the greatest opening track on an album, and “Soul Survivor” the perfect close, summing up the mood of the whole with a great, lazy funkiness that would never be heard from the Stones again (or anyone else, for that matter). That on-the-verge-of-falling-apart feeling that pervaded Sticky Fingers is present here again, in spades, making Exile both a masterpiece, a casual pleasure, and my nominee for single greatest rock album there is. –Will 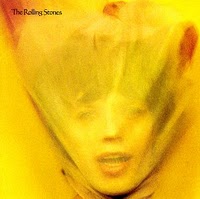 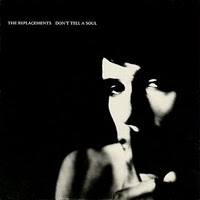 As a band who’ve historically been placed among the top dogs of the punk herd, it’s predictable that fans of The Replacements earlier material hate this break from the pack solely on principal. But taken away from those preconceptions, Don’t Tell a Soul is a is blatantly commercial, adult-rock winner that continues to highlight Westerberg’s talents as an excellent songwriter. The collapsing band turn in engaging, effortlessly heartbroken melodies on songs like “Back to Back,” “Asking Me Lies,” and the almost contemporary country-flavored “Achin’ to Be,” while “I’ll Be You” and “Talent Show” are hooky as hell. Only “I Won’t” flops as an unnecessary attempt to get rowdy and, yeah, sound like the “old” Replacements. Selling out rarely sounds this good. –Ben 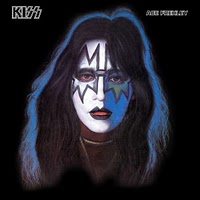 Ace was always the coolest member of KISS, his couldn’t care less attitude contrasting with poutin’ Paul and the demon, and his meat and potatoes guitar style featuring a wide, spaced out vibrato, was central to the KISS sound. It’s no shock that of the four ’78 solo albums, Ace’s is always the favorite, and I’d go as far to say it stacks up against any of the original KISS studio sides. The key is Ace’s lack of ambition, Ace Frehley being a straight-ahead hard rock record with few deviations, “Rip It Out” dropping the hammer as the deliriously wasted “Ozone,” scatterbrained “Wiped-Out” and snortin’ slammer “Snowblind” draw you into Ace’s chemically-addled world. Ace manages to mix things up as well, his cover of the Russ Ballard penned glam-stomp “New York Groove” turning into a hit, “What’s on Your Mind?” being a hidden power pop gem, and the album closing with the cool chill-out instrumental, “Fractured Mirror.” –Ben 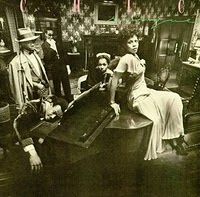 Niles Rodgers said that he formed Chic as a kind of black disco version of Roxy Music. And, in turn, the slick syncopated grooves with those art-deco grand piano splashes wound up influencing everything from early rap (the riff from “Rapper’s Delight” is taken straight from “Good Times”) to Madonna. Perhaps it’s their use of minor keys but Chic’s tunes all have this melancholy air about them – a bittersweet portrait of the swinging, hedonistic 70s and all that followed in its wake. It’s beautiful music — none more than the sensual “Warm Summer Night” with its circular structure punctuated by “Papi!” — from a gritty decade. –Singer Saints 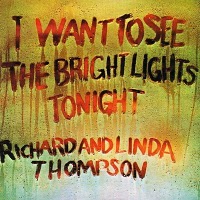 Thompson’s second album, and first With wife Linda on board as a lead vocalist, I Want to See the Bright Lights Tonight, more than any, goes a long way toward establishing his reputation as a gloom-merchant. And man, with heavy ballads like “Withered And Died,” “Has He Got A Friend For Me,” “The End Of The Rainbow,” and the stark “The Great Valerio,” the floor here is certainly littered with crushed dreams, sealed fates, abandonment, and all around misery. Even the uptempo tracks like “When I Get to the Border” and “I Want to See the Bright Lights Tonight” are fueled by a weary desperation, Thompson’s biting electric guitar sounding more like frayed nerves than any sort of celebratory riffing. In fact, the album would probably be near-unbearable if the performances weren’t so beautiful, the songs so well written, and the atmosphere so unusually compelling, Linda Thompson’s voice in particular being incredibly well suited to the material. But yeah, your ultimate acceptance of this album will probably rest on how much despair you can handle in one sitting, but given a chance to work it’s way into you, I Want to See the Bright Lights Tonight won’t let go. -Ben 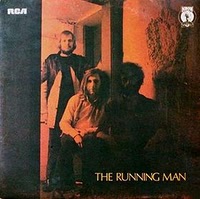 Prog!!! Yep, but not “fantastic” prog like mid ‘70s Yes or Rush, rather Running Man is bluesy, heavy, mid tempo, jammin’ ploddy plod kind of prog like Colosseum. Running Man struck me not so much as one who loves prog in general, but on a more visceral, a “kid in awe” level. This LP has the sheen of sweet, sweaty unattainable guitar skills high school boys of a certain era would die to posses. In other words, so rockin’!! –Nipper 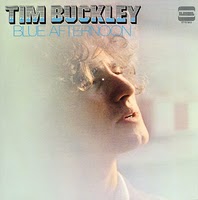 Blue Afternoon is another brilliant album from the incredibly gifted Buckley, an artist in the truest sense of the word, a man who’s sheer restlessness would mark him out as one of rock music true innovators, in the year of revolution Buckley chose to step back and take a good long hard look at himself, whilst others were prepared to blame others for their ill’s Buckley was prepared to face the monster head on and for that he stands above and alone from his more famous contemporaries, Blue Afternoon is not only a fascinatingly, complex, brutally honest album it remains as relevant today as it did back in ’68, this is no curio from a lost era, so whilst The Beatles, Stones and Dylan’s music perfectly evokes those tumultuous times, Buckley’s album is a timeless reminder of the man’s obvious talents. –Derek 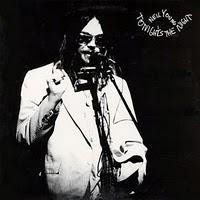 Neil’s finest record? Hard to say, but it’s my personal favorite: strange as only Neil can be, frightening, funny, sad, and sloppy as all-get-out, all the while being beautiful. Probably one of the four or five great guitar albums, too. It has that tossed-off feel that can either make or break a record; and it makes this one, in the same way that Exile on Main St. or the Velvets’ eponymous are made, by sounding so intense and so casual at the same time. Emotional intensity and casualness is a tough combination to arrive at, but, somehow, some can manage it – Neil more often than anyone, I dare say. And I can’t quite say why (though I can begin by remarking on the slide guitar and piano), but “Albuquerque” is my favorite Neil Young song, with that mournful chorus, “Oh, Albuquerque…” However often the album has been described as having the atmosphere of a wake… well, it has the atmosphere of a wake. –Will 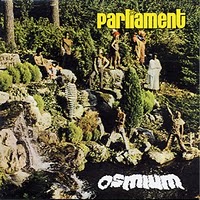 A trashy, kitschy, collage-like soul album in which Clinton begins to lay the ground of the P-funk sound. Those expecting the heavy psyched-out guitar rock of early Funkadelic will find this a little “poppy.” Those expecting the streamlined dancefloor grooves of Parliament will find this a little “rocky.” But this is no middle-ground record: they gospelize Pachelbel, dick around with country twang, and feature some bagpipes and harps in an ethereal soul workout about getting to the other side. It’s unlike anything else you’ve ever heard, though doubtless you’ve heard just about all of it: in the sampling of some rappist or another. –Will 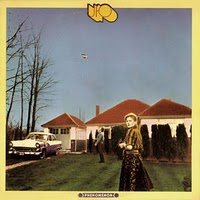 A good example of a band that didn’t achieve the success that matched the quality of their talent, would be, without a doubt, UFO. All of the ingredients were present, a guitar hero (Michael Schenker), a unique vocalist (Phil Mogg), a solid rhythm section, the power pop sensibilities of Cheap Trick and monster Sabbath riffs. Really, what more could a mid-seventies rock band need to be arena rock monsters. Their failure to appeal to the masses is a bit of a head-scratchier? Then again, as a teenager, I myself, considered them to be a B-level act. At the time, I wasn’t interested in subtleties, I was interested in rocking…hard. For some reason, diversity was alright for Led Zeppelin, but not for many others. It had to be loud, aggressive or progressive to cut through the hormonal fueled muck that was my sixteen year old brain. Still, somewhere in my self conscious, Phenomenon made an impression which led me to rediscover a hidden gem of an album and in turn, helped me rediscover UFO, All those years ago, my primitive mind could only wrap itself around “Rock Bottom” and “Doctor Doctor”. At the time, I considered these two, they only songs worth listening to on the entire album. The former built on a turbo charged upbeat intro riff, a half-time tempo shift and a classic seventies extended solo break in which Schenker pulls out all stops. The later was highlighted by tasteful fills and a bouncing shuffle beat, but what made these tracks stand out, was that they were the heaviest songs on this record. And HEAVY mattered more then anything. Now, older and wiser, I realize the album didn’t come close to ending there. “Too Young To Know” and “Oh My” are straight ahead root rockers, with earthy grooves and blues hooks the Stones made a somewhat nice living on. “Time on My Hands”, “Space Child” and “Crystal Light” are folkie ballads with stick-in-your-head melodies and unexpected twists. “Space Child” in particular, stands out with its’ loose structure and gripping solo. Less successful are “Built for Comfort”, which is a poor mans “Lemon Song”, and “Queen of the Deep”, which somewhat boldly meshes the folkie-UFO with the big riff-UFO, but misfires a bit in the attempt and fades just when it starts building momentum. The only real clunker is “Lipstick Traces”, which is basically just clichéd seventies filler. Believe me, these are small complaints. All in all, Phenomenon is not a Zeppelin album, but it would fit nicely in the same disc changer. –Rat Salad

Rod Stewart was Rod Stewart before he became Rod Stewart. When he was Rod Stewart, he recorded a handful of extraordinary albums, both as a solo artist and as a member of the mighty Faces. This one’s arguably the best LP of the lot. Here are just a few reasons: The title track; “(I Know) I’m Losing You,” which might be the best cover tune in history; the drumming throughout the record, but especially on the aforementioned title track; the wonderful, organic sound, with acoustic guitars that are heavy, warm, and propulsive, and the electric guitar of Ron Wood, who might’ve been the best of his generation, or at least the coolest; the emotional range of the record, which is full of humour and pathos and the kind of spontaneous rawkousness that you just don’t hear anymore. Did I mention the title track? –Will