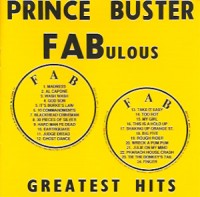 Aside from reggae, ska was arguably Jamaica’s most important musical form, at least in terms of long-term cultural impact. Becoming ubiquitous all over the island at an astonishing speed in the early ’60s, ska grabbed hold of Jamaica’s musical consciousness like nothing had before. What’s more, despite its strange rhythms and heavily-Jamaican-accented vocals (when it wasn’t entirely instrumental), it crossed cultural boundaries almost effortlessly, making it catch on like mad in Britain and—to a lesser degree—the states.

Many Jamaican artists who eventually became international household names, among them Bob Marley and Jimmy Cliff, cut their teeth as performers during ska’s reign. In 1964, Millie Small scored an international smash hit with her skanked-up cover of “My Boy Lollipop”, and soon ska was everywhere. But by 1966, it was mysteriously vanishing in one place: Jamaica. A visit to a typical Kingston dance hall around that time would reveal that things were changing. Ska was becoming more melodic, more centered on the vocalist(s), and slower. Nobody knows for sure why this happened, but there are some theories. One suggests that during the summer of ’66, a brutal heatwave gripped Jamaica, forcing the musicians to slow things down on the dance floor so revelers wouldn’t collapse from heat exhaustion. Another postulates that the increasingly widespread availability of American soul records might have been a factor. (This would certainly make sense, as Stax and Motown influences can be heard all over the place on many Jamaican sides that were cut around this time.)

Whatever the cause, ska was metamorphosing into something completely different, so much so that it needed a new name; rocksteady seems to be the one that stuck. Rocksteady’s heyday was even more short-lived than its predecessor—-really only about two years-—and by the end of 1968, things were changing again. Recording technologies on the island were improving. Rastafarianism’s influence continued to spread, prompting a more socially conscious and politically-charged aesthetic. By the end of the decade, rocksteady was no longer, and reggae prevailed. But for many connoisseurs of modern Jamaican music, rocksteady represents its high point. It’s a form that’s rich and complex, yet raw, pure, and deeply soulful. It’s a truly unique product of its place and time, but one that transcends geography and culture, and which remains timeless. Here are five shining examples.

1. Prince Buster: Fabulous Greatest Hits (1980) – Though acquiring a popularity in the UK that at its peak rivaled the Beatles’s, Prince Buster never really established a large following in the US. Tracking down his one uneven RCA release from 1967 is a worthwhile endeavor, but this 1980 British comp is where all newcomers should start. All songs here were recorded in the mid to late ’60s, and many of them would serve as the blueprint for the 2 Tone movement that swept the UK a decade or so later.

2. Desmond Dekker and the Aces Israelites (1969) “The Jamaican Smokey Robinson’s” single “Israelites” represents the only time when rocksteady cracked the US top 100. When it did, MCA rushed to cobble together this collection of songs, some of which by then were almost two years old. It’s still a fantastic showcase for some of Dekker’s best work. He’s at the top of his game here, and so is his backing band.

3. The Ethiopians Engine ’54: Let’s Ska and Rocksteady (1968) Rocksteady was the ideal vehicle for the vocal group, and as Jamaican vocal groups went, they didn’t get much better than the Ethiopians. Don’t let the “ska” in the title fool you; most of this is quintessential rocksteady, some of the best ever recorded.

4. The Upsetters The Upsetter (1969) It’s difficult to figure out to whom this album should really be credited. One should know, however, that a young Lee “Scratch” Perry produced it, and whenever this eccentric mastermind is involved, things become, well… complicated. Featuring the work of a cadre of different musicians and vocalists, it’s a surprisingly cohesive late rocksteady record, one where the organ figures more prominently than the work of others at the time. It also hints at the dub revolution, of which Perry would be a prime architect a few years later.

5. Various Artists Tighten Up: Volume 1 (1969) Music from Jamaica continued to capture the hearts and minds of young UK listeners in the late ’60s, but the record industry was slow to profit from its popularity. This Trojan Records “cash-in” comp. spawned a series that would become an institution and number well into the double digits before ending its run. Its first volume defined the musical tastes of the Skinhead movement (before it was co-opted by nationalist and racist thugs). Heavy on soul covers, a few of its tracks denote a distinct progression towards reggae, but most represent some last great moments from Rocksteady’s waning days.

Further listening: Once the digging begins, one will be amazed by how so much great music came from such a small island in such a short period of time. The UK-based Trojan Records label remains the prime importer of rocksteady for a huge portion of the non-Jamaican world. The amount of compilations it has released over the years is overwhelming, but a good place to start is its budget-priced “threefer” box set series that it began churning out at the beginning of the 2000s. The Rocksteady Rarities and Skinhead comps are particular standouts, though there are plenty more (and some are available on vinyl). Also worth mentioning are Soul Jazz Records’ numerous comps that cover this period. Though they touch on other eras, 100% Dynamite and its many sequels and offshoots give a good overview of one of rocksteady’s most important producers, Sir Coxone Dodd. –Richard P

Are we forgetting your favorite rocksteady LP? We’d love to hear your comments: