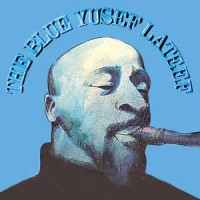 Growing up with rock, I heard some of my favorite bands incorporate jazz into their sound. From The Stones’ heavy use of brass in the mid-seventies to the The Dead’s free-form improvisations and the jazz-infused rock of Zappa and Traffic, the influence of jazz was all around me. Meanwhile a bridge from the rock section to jazz remained elusive. I owned the prerequisite recordings: Miles’s Kind of Blue and Brubeck’s Take Five, along with a handfull of jazz-funk classics like Herbie Hancock’s Headhunters. While these records served as a decent introduction, the real appeal of jazz still mystified me and free jazz made me cringe in terror. Ornette Coleman would have quickly send me running back to the sanctuary of my Kinks records.

I decided to make an effort to broaden my knowledge and appreciation for jazz. I temporarily set aside my cherished rock records, emptied my iPod of all that I knew and loved, and I proceeded to feed myself a steady diet of things jazz: from big band and bop, to free-jazz and fusion. I knew that I’d walk away from the experiment with some new insight and possibly even rekindle my romance with rock & roll after our trial separation. My real hope was that I might unlock some of the mysteries of jazz and discover some new favorite artists and albums and I did! My feelings towards jazz slowly changed from curiosity to an insatiable appetite for all forms of the genre. I quickly learned that jazz, like rock, is a broad term with many definitions. Several of the artists (Ornette Coleman included) that initially caused me to scramble for my mute button have since become favorites. As this new language became more familiar I began to hear beauty where once I had heard noise.

For the purpose of this guide, I’ll concentrate on some of my very early favorites: All of these suggestions are experimental while remaining accessible. All of them are heavily influenced by other genres including Rock, World Music and R&B, making them early examples of fusion before that term came to mean its own genre. Collectively these records created a bridge to a world that I’m still exploring today and all of them reserve a special place in my increasingly eclectic music collection:

1. Yusef Lateef The Blue Yusef Lateef (1969). If there was ever an album to sum up the true meaning of the term “fusion”, it would have to be this one. Multi-reedman/instrumentalist Yusef Lateef blended together this collage of world music, R&B, jazz, rock, gospel, and of course the blues and came up with this astounding piece of work. With the strange instrumentation alongside some great sidemen, this album continues to evolve. From the opening track, “Juba Juba” – ghostly female vocal chants in the background of a pounding drumbeat and crying harmonica that beckons the blues in its purest, to the crazy vocal scatting and frantic flute fluctuations of “Moon Cup”. Another bonus is guitarist Kenny Burrell, who shows up with some gritty and swinging licks throughout. There’s something for everyone on this exceedingly overlooked and esoteric record.

2. Rahsaan Roland Kirk Inflated Tear (1967). The blind, multi-reedman (sometimes playing several horns at once!) covers a broad spectrum of styles on this record and is considered by many to be his masterpiece. Set aside any preconceptions you have about jazz and strap yourself in. This record is a wild ride!  Inflated Tear incorporates New Orleans roots, swing and bebop, call and response blues and gospel, double sax playing, and strange whistle noises, and the abstraction of the 1960s and 1970s avant-garde.

3. Les McCann Layers (1973). This is one of McCann’s more experimental records offering a smooth funkiness (Lets Play) juxtaposed alongside some eccentric tone poems performed on the moog synthesizer (Interlude) creating a soulful, psychedelic mood. All of the elements on this album still sound fresh while expertly blurring the lines between jazz, rock, and soul. Equally impressive is that McCann plays nearly every instrument due to his new found passion, the Arp 2600 Synthesizer.

4. Gabor Szabo Dreams (1969) Hungarian guitarist, Gabor Szabo, reaches a creative high on Dreams, a psychedelic-tinged, jazz-rock hybrid that will definitely please the rock listeners reading this guide. The record features a combination of rock covers and jazz originals along with the interesting flourishes of Hungarian and Indian melodies that would resurface throughout his career. This is a beautiful, haunting record and the Aubrey Beardsley-inspired artwork on its cover suits the mysterious music inside perfectly.

5. Miles Davis Jack Johnson (1971). This is a given for any rock-based jazz recommendation. Davis’ soundtrack for the movie/documentary about the boxer Jack Johnson feels like you took a right hook to the chin as soon as the needle hits the wax. This record is Miles’ hardest rocking and biting of all of his electric work, thanks to John McLaughlin’s barking guitar riffs and drummer Billy Cobham’s changing tempos and R&B grooves. Herbie Hancock provides atmospheric organ textures that make it spacey and slightly psychedelic. This is a lot more stripped down than his earlier (and later) electric work and manages to swing with rocking vigor. This is a great rock record that fits in the jazz bins.

6. Herbie Mann Stone Flute (1970). This long-time Jive Time favorite is a departure for the famous, furry flautist. Known mostly for his accessible, light instrumental R&B and pop covers, Mann comes out with this trippy record; Mellow, with a dark, placid theme, this album drones and simmers with a cast of veterans. Guitarist Sonny Sharrock plays dissonant minor chords while Ron Carter aimlessly plucks and bows searching bass lines. Roy Ayers’ vibes provide a breezy element bringing irony to the melancholic feel.  It’s all held together with a small string section in the background that always seems to show up at the wrong time- in the right way. If you have to own one Mann record, this is the one.  A somber, twisted interpretation of The Beatles’ “Flying” is an interesting highlight.

7. Duke Ellington Far East Suite (1966). As the title suggests, the exotic melodies on this record will make one rethink their preconceptions of Duke Ellington and big band jazz. The King continued to explore and stay relevant into the sixties recording with exploring luminaries such as Coltrane and Mingus. As an already established jazz legend, Far East Suite is an example of how Ellington was not only a master composer and interpreter but was fearless and exploratory.  The music on Far East Suite is at the same time accessible yet sinister and noir-esque. It was also years ahead of its time rhythmically — you can almost hear hip-hop beats on “Blue Pepper (Far East of the Blues).”

For further listening: More than any other artist, Miles Davis, helped bridge the gap between rock and jazz and his entire discography is worthy of exploration. Kind of Blue and Bitches Brew get the lion’s share of the press but I prefer the spacious A Silent Way, the funky Miles in the Sky, and the dark jazz-funk-rock hybrid On The Corner (which still manages to sound unlike anything else I’ve heard before or since), along with Jack Johnson listed above. We could dedicate an entire guide to John Coltrane but his seldom mentioned Atlantic recording Olé is a Jive Time favorite and it fits neatly in this list with it’s haunting, eighteen minute title track featuring Coltrane and Eric Dolphy shaping some amazing tones around the drone and pulse of two basses. Larry Young is best known for this hard-bop recordings for Blue Note but I suggest tracking down the obscure The Lawrence of Newark on Perception, one of the finest examples of jazz-rock fusion I’ve found. Another route would be to explore ECM Records’ catalog. ECM sometimes gets a bad rap for straying into New Age territory , but for those interested in early examples of fusion this German label offers some of the very finest examples. (Read our guide to ECM jazz, Quiet Chaos.)

I may never have the same visceral response to jazz the way I do sentimental favorites Back in Black, Exile on Main St or Village Green, but I enjoy jazz in a much different way. Jazz relies less on immediate accessibility, it challenges the listener, leaving it open to the individual’s own interpretation. Best of all, my exploration of this vast genre has recaptured some of the excitement that I experienced when I first discovered rock and punk as a teenager. —David