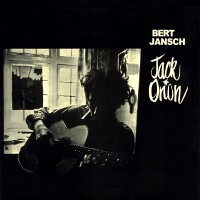 The evolution of folk music in Britain and America in the early to mid-20th century can be viewed as two essentially parallel lines. In both increasingly mechanistic and bureaucratic societies, listeners connected with folk as a more authentic musical expression of being and as a link to the cultures to which their countries’ rapid modernization was laying waste . In late 50’s Britain, it could even be argued that American folk and blues eclipsed that of the British strain in popularity. Indeed, the British Invasion of the following decade could never have been mounted had it not been for skiffle, a hybrid of blues, folk, country, and other indigenous American musical forms embraced by millions of British teenagers—including four certain ones from Liverpool.

But by the late-60’s these two paths would dramatically diverge. Many British musicians began to look less westward and further inward by “getting it together in the country” and seeking solace and inspiration in the myths, folklore, and landscapes of “Albion”, a storied antiquarian world that occupied the collective consciousness of many Britons and whose history stretched back to ancient times. This aesthetic would come to define one of modern Britain’s most fertile musical movements. Peaking in the early 70’s, it passionately and reverently embraced the traditions, heritage, and culture of a much older Britain while doing so with restless, forward-thinking imagination and experimentation. Recently, this movement was finally given the scholarly treatment it deserves in Rob Young’s excellent book, Electric Eden. It’s a must-read for anyone wishing to traverse this mythic soundscape. A few of these definitive selections will also help you begin the odyssey, from which you may never return:

Bert Jansch Jack Orion (1966). With just a guitar, a banjo, his voice, and occasional musical accompaniment from friend and fellow British folk icon John Renbourne, Jansch (who passed away this past autumn) made it clear the endless possibilities inherent in this newly realized version of British folk. Melding traditional Anglo and Celtic musical forms with blues and jazz sensibilities, Jansch laid the template for much of what would come out of Britain over the next few years. Highlights include the title track, a re-imagining of the “Glasgerion” ballad, and a similar reworking of another canonical ballad, “Blackwaterside”, this version of which Jimmy Page would shamelessly pilfer for his own “Black Mountain Side”, which appeared on Led Zeppelin’s 1968 debut.

The Pentangle The Pentangle (1968). This LP marks the first in a string of stunning releases by Britain’s first true “supergroup” comprised of guitarists Bert Jansch and John Renbourne, bassist Danny Thompson, drummer Terry Cox, and vocalist Jacqui MacShee. Their ethereal sound owed just as much to jazz as it did to folk, causing many to refer to it as “folk-jazz”. Whatever categorizations one wants to throw at the Pentangle are ultimately meaningless. Nothing before or since has ever sounded like them, and this album is where it all began.

The Incredible String Band The Hangman’s Beautiful Daughter (1968). The ISB’s third album does not receive as many accolades as their second, The 5000 Spirits or Layers of an Onion [read our review], but in terms of adventurousness, risk-taking, and sheer other-worldliness, in the British folk canon The Hangman’s Beautiful Daughter is almost without peer. Flush from the success of the aforementioned second LP, members Mike Heron and Robin Williamson utilized complex multi-tracking recording techniques and a large assortment of exotic acoustic and electric instruments to create this unforgettable psych-folk classic. Its centerpiece, the 13+ minutes “A Very Cellular Song”, is a spiritual freeform freakout that combines a Bahamian lullaby with a Sikh hymn, and it just might be their finest achievement. Another huge influence on Zep, Robert Plant has often cited it as the primary field manual consulted during the making of Led Zeppelin III.

Nick Drake Five Leaves Left (1969). Appearing from out of nowhere on the London folk club circuit in the mid-60s, Drake quickly caught the ear of producer Joe Boyd (perhaps British folk’s most important major player), after which the singer would be booked into London’s Sound Technique Studios to record this debut. Drake’s tragic personal and music career trajectory is now well-known, and the problems that plagued the production and release of this LP were not outside of this narrative. At odds with Boyd from the beginning regarding many of the songs’ backing arrangements, the strings that ended up on the final cut nevertheless compliment Drake’s lyrics and fretwork perfectly, particularly on the majestic “River Man”. What’s also striking is how confident and assured he still managed to sound here, every bit as melancholy and intense as ever but less damaged and defeated than he often sounded in his later work.

Fairport Convention Liege and Lief (1969). Also produced by Joe Boyd, the Fairport’s fourth release followed Unhalfbricking [read our review], the typical favorite of aficionados. But ultimately, Liege and Lief remains the band’s most important contribution to British folk. A magnificently paradoxical work, all the songs here are traditional ballads, reels, or jigs featuring Sandy Denny’s angelic vocals soaring above distorted amplified instruments. This would be the last album that Denny recorded with the band, next joining Fotheringay [read our review] for their sole 1970 release, which also holds a rightful place in the British folk canon.

Vashti Bunyan Just Another Diamond Day (1970). Among British folk’s diverse cast of eccentric characters, Vashti Bunyan has one of the most fascinating stories. Following a failed late-60s attempt at establishing herself as a female pop star a la Marianne Faithful, Bunyan and her boyfriend embarked on a trek across Britain in a horse-drawn wagon, eventually settling on a remote farm in the Outer Hebrides. Shortly thereafter, Joe Boyd (surprise!) coaxed her back into the studio to record this LP. Bunyan’s travels obviously gave her a lot of material to work with here, and her connection to the rugged, windswept Scottish landscape can be felt in songs like “Hebridean Sun”, “Rose Hip November”, and “Rainbow River”. Released in 1970, the record sold very few copies and promptly vanished into obscurity. Bunyan then left the music business and moved to Ireland to raise a family and continue her agrarian existence, presumably to be never heard from again. Meanwhile, the album grew in stature over the following decades, its original pressing becoming a big ticket collector’s piece and its songs becoming a huge influence on some American indie folk artists, most notably Davandra Banhart and Joanna Newsome. This renewed interest in Bunyan’s work lead to a loving reissue of this essential album, and the recording of a new one in 2005, Lookaftering, which was almost as good.

Steeleye Span Please to See the King (1971). A band with more than a passing resemblance to Fairport Convention (female lead vocalist, electrified arrangements of traditional material—it also didn’t hurt that founding member Ashley Hutchings was a previous member of the Fairports), Steeleye Span would prove to be one of British folk’s most enduring acts. Ironically, they lacked a drummer, but oftentimes they rocked harder than many bands who had one. This second album saw the arrival of Martin Carthy, an already huge presence on the British folk scene. Here he by no means hogs the spotlight, and his stellar guitar playing and supporting vocals make a perfect foil for lead vocalist Maddy Prior. This was the best lineup of Steleye Span, but it unfortunately lasted for only two more albums, neither of them nearly as good as this one.

The Strawbs From the Witchwood (1971). By the time of this release, the Strawbs had been around for a while, their earliest incarnation being more of a straight folk act (which briefly counted future Fairports’ vocalist Sandy Denny as a member). But over time they gravitated more towards a folk-rock sound, and with the addition of keyboardist Rick Wakeman here the band moved further into prog territory, a blessing or a curse depending on your personal tastes. Despite its studio wizardry and modern instrumentation, the Strawbs maintain a strong psychic connection to their homeland’s past. There are many fine moments here, including the daydreamy “Flight”. But the LP’s most memorable track is its side 1 closer, “The Hangman and the Papist”, a tragic tale of betrayal and injustice that could only have emerged from one of the darker chapters of Britain’s history.

Shirley Collins and the Albion Country Band No Roses (1971). This record represents a fruitful collaboration between another established folk icon, Shirley Collins, and a band that could have been called “Fairport Span” since many members of the Fairports (includiing Richard Thompson) and Steeleye Span participated in its recording. Actually, by the time of the album’s final mix, over 27 musicians had logged in time in the studio. Yet the record still retains a strong focus and clarity of purpose. The raucous “Murder of Maria Martin” illustrates what the Velvet Underground and Nico might have sounded like had it been recorded in the Scottish Highlands rather than New York.

Richard and Linda Thompson I Want to See the Bright Lights Tonight (1974). After Thompson’s first solo outing, 1973’s Henry the Human Fly, singer Linda Peters, to whom he had recently married, joined him for his second outing, which would unexpectedly become the high watermark of his career. Almost everything about this record stands in stark contrast to the Utopian ideals that largely characterized the British folk movement in its earlier days, from its disturbing minimalist cover to the no-frills (mostly electric) guitar, drum, and bass arrangements . The lyrical content is much more personal than mythical or historical, and it often conveys a sense of loneliness, loss, and failure. Even some of the more upbeat material, like the title track, shows an abandonment of the country life and an embracing of an urban one. The deeply cynical “The End of the Rainbow” in a way serves as a fitting epitaph for a movement nearing its end.

Further Listening: At least a brief mention should be made about Ireland’s folk scene of this period. On many levels it can be difficult to distinguish it from that of Britain’s, as most Irish artists of merit ended up working in London (or, as was the case with the Clancy Brothers, New York). But one group who never got its due was Sweeney’s Men, a Galway-based trio whose sound embodied a beguiling mix of traditional Irish folk, eastern influences, and psychedelia. They only released two proper albums during their existence, which are nearly impossible to find. Fortunately, Castle Records released a wonderful anthology in 2004, Legend of Sweeney’s Men, which collects almost everything they ever recorded

For all intents and purposes, the arrival of punk rock in the late ’70s killed off what was left of the British folk movement. Many folk artists, including the ones listed above, adapted to the changing times successfully, but very few recorded anything as significant as the landmark LPs of their pasts. A high-profile revival—a British equivalent of the American alt-country movement of the early ’90s—never really materialized, which now seems strange. Yet today, bands like Mumford and Sons hint that such an event might be on the horizon. Who knows? Maybe a new generation of musicians will one day return to Albion and draw inspiration from it in ways that are just as new and exciting as those of their elders. To quote Nick Drake, “Time will tell us.” —Richard P

Are we forgetting your favorite late-60’s or 70’s British Folk or Folk-Rock LP? Leave your suggestions in the comments field below:

2 comments on “The Antiquarian Ear:
A Guide to the British Folk Renaissance”