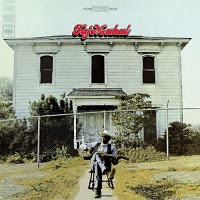 Taj Mahal’s debut is a perfect example of how The Blues and Rock are one and the same. It smokes from start to finish, greatly thanks to Ry Cooder’s presence on guitar. There’s a lot of use of the word “baby”, but it seems to mean something deeper than when you hear it today in the latest cancerous pop morsel. I’ve always admired singers who seem to be able to sing right from their gut, like Howlin’ Wolf and Taj Mahal. Of course, no Blues album is complete without a reference to a gypsy woman, which Taj Mahal was aware of. hahaha. –Rob 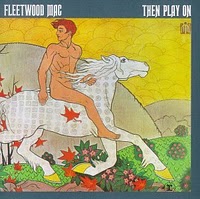 If I was forced to name a favorite album, then I think I might go for “Then Play On”. I can’t really think of another album I consistently enjoy as much. With Danny Kirwan on board the expectation no longer falls squarely on Peter Green’s shoulders and Kirwan’s arrival had already bore fruit with the preceeding “Albatross” and “Man of the World” singles. There’s a much broader feel on here than the previous Fleetwood Mac albums and “Then Play On” includes everything you could want on an album: soul-searching ballads (“Closing My Eyes”, “Before the Beginning”), raucous rock ‘n’ roll (“Coming Your Way”, “Rattlesnake Shake”, “Oh Well (Part One)”), McCartney-esque pop ditties (“Although the Sun is Shining”, “When You Say”), serene instrumentals (“My Dream”, “Underway”, “Oh Well (Part Two)”) and breathtaking jams (“Looking for Madge”, “Fighting for Madge”). Listening to “Then Play On” is particularly interesting when you consider how troubled the chief song writers would become in the ensuing months, years and decades. You can almost sense something ominous on Peter Green’s horizon when listening to “Closing My Eyes”, “Show-Biz Blues” (which includes the line “and you’re sitting there so green, believe me man I’m just the same as you), the acoustic section of “Oh Well” or “Before the Beginning”. There’s something incredibly sad about Peter Green’s contributions here although he still gets down and dirty for “Rattlesnake Shake”, an ode to masterbation. Danny Kirwan proves himself to be a phenomenal song writer with his delicate, beautiful ballads and his album opener “Coming your Way” has an epic guitar outro. There isn’t one dud to be found here and “Then Play On” is never anything less than an engrossing, moving, imaginative, flawless, impressive album from a band who may not have even hit there peak yet. –Tom