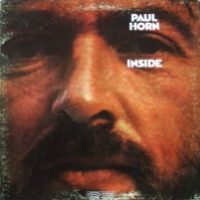 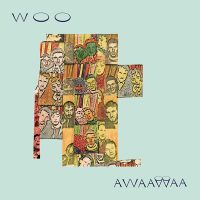 All it takes is about 10 seconds of a Woo song to understand that you’re in the presence of utterly distinctive artists who appear to operate in cloistered, idyllic settings, far from the usual circumstances of music-making. British brothers Clive and Mark Ives use electronics and percussion and guitars, clarinet, and bass, respectively, to create music that eludes easy categorization. They touch on many styles, including chamber jazz, ambient, dub, prog-folk, exotica, twisted yacht rock, Young Marble Giants-like post-punk, and winsome miniatures not a million miles from Eno’s instrumentals on Another Green World.

Listening to their releases, you sense that the Iveses are totally unconcerned about music-biz trapping; neither fame nor fortune seems to enter their minds. They simply want to lay down these genuinely idiosyncratic tunes that work best in your headphones/earbuds while you’re alone in nature. That’s an all-too-rare phenomenon.

Recorded from 1975 to 1982 in London, Awaawaa only recently gained wider recognition, thanks to a 2016 reissue by the Palto Flats label. Its 16 instrumentals rarely puncture their way to the forefront of your consciousness. Rather, they enter earshot with low-key charm, do their thing for a few minutes, then unceremoniously bow out. “Green Blob” is the closest Woo get to “rocking out,” coming across like CAN circa Ege Bamyasi (sans vox) burrowing deeply into inner space, with Mark Ives’ guitar recalling Michael Karoli’s yearning, clarion tone. Similarly, “The Goodies” sounds like the Residents interpreting CAN, casting the krautrock legends’ irrepressible groove science in a more insular context.

The pieces on Awaawaa exude an unobtrusive beauty, a congenial mellowness; the cumulative effect is a subtle, holistic well-being. It’s a sprig of joy that will keep you enraptured and hearing new delights with each successive listen. -Buckley Mayfield 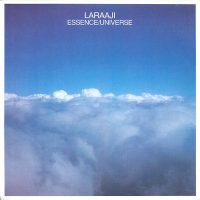 Laraaji’s rising profile over the last five years offers at least one glimmer of hope in an increasingly bleak world, proof that perhaps we as a species are not doomed yet. The New Age demigod (real name Edward Larry Gordon), who was discovered in the late ’70s playing his custom-built electric zither in Washington Square Park by Brian Eno, has seen several of his classic LPs reissued, embarked on frequent tours, and collaborated with Blues Control for RVNG Intl.’s excellent FRKWYS series, much to the delight of a new generation of sonic questers who crave feathery levitation. Among the stream of re-releases is Essence/Universe, which All Saints reissued in 2013. It is both essential and universal.

Consisting of two sidelong 29-minute pieces, Essence/Universe—which features the co-production and treatments of Richard Ashman—proffers one of the purest expressions of blissful ambient drift humankind has yet conceived. It’s not at all surprising that Eno would champion Laraaji; in fact, one of Eno’s greatest humanitarian deeds might’ve been his production of Day Of Radiance, which the Englishman selected for his Ambient series on Editions E.G. Records in 1980, and which brought deserved attention to his charge.

Back to the matter at hand… “Essence” wafts, drones, and tinkles in gentle fluctuations, occupying a narrow bandwidth within the aural spectrum, yet inhabiting it with an angelic grace that’s positively therapeutic. This is holy minimalism untethered to any belief system. It’s not a million kilometers from Laraaji’s mentor’s Music For Airports or Discreet Music or Fripp & Eno’s Evening Star in its ethereal grandeur. “Universe” continues in a similar vein, cocooning the listener in wisps of cloudstuff. Whereas many New Age artists err on the side of innocuousness and sentimentality, Laraaji soars above such frailties, achieving an atmospheric clarity and tonal nobility that seem to be an infinitely renewable source of holistic wellness.

Essence/Universe really is a special record, and it seemingly has no beginning or end—just an endlessly restorative middle that will keep you balanced for as long as you let it. -Buckley Mayfield 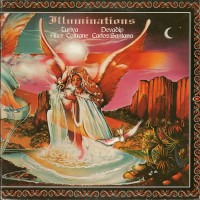 This may rankle some of his fans, but I’m going to say it anyway: Two of the best albums guitarist Carlos Santana ever played on didn’t come out under the aegis of his most famous band. For certain heads, the LPs the psych-rock deity cut with jazz legends John McLaughlin (1973’s Love Devotion Surrender) and Alice Coltrane (1974’s Illuminations) stand as his creative peaks. That these were released on a major label—good ol’ Columbia—and up until recently have been bargain-bin staples boggles the mind. However, one senses that the general public—and some critics who should know better—still aren’t giving these Eastern-leaning, mystical fusion works their due. I’m here to redress that injustice for the latter overlooked classic; maybe I’ll tackle the former some day.

As the title implies, Illuminations is all about transmitting blazing beams of enlightenment into listeners’ minds. It’s always a great idea to start your album with deep, extended “OOOOOHHHHHMMMMM” chants, especially if you’re a Platinum-selling artist. So listening to “Guru Sri Chinmoy Aphorism,” we gather that this music is going to be about god’s love, which is peachy if you’re into that sort of thing. Honestly, an agnostic like me just cares about the music, but whichever religious route it takes to get to the glory of Illuminations, all should tolerate it.

The one-two feathery punch of “Angel Of Air”/“Angel Of Water” is a profound unfolding of wonderment that preps you for the delights to come. In the former, Turiya and Devadip bestow upon us flute, bass, heavenly strings, pointillistic, crystalline guitar stalagmites, and cymbal splashes. The latter is a glistening pool of almost New Age-y bliss (not a diss, by any means), as these world-class musicians—including Santana electric pianist Tom Coster, and Miles Davis comrades Jack DeJohnette and Dave Holland—summon some of the most delicate, celestial aural tapestries in their blessed careers. You know how Kris Kristofferson had a song called “Sunday Morning Coming Down”? Well, this is Sunday morning going up music. You feel like you need more than one heart to appreciate the loving feeling emanating from this song. Side 1 closes with “Bliss: The Eternal Now,” which sounds like something that could’ve appeared on Coltrane’s Lord Of Lords. This is a heroic fanfare of orchestral ambience that portends glimmers of a brilliant new dawn for humankind… but we all know how that turned out.

The album’s peak comes with the 15-minute “Angel Of Sunlight,” the closest thing to Love Devotion Surrender on Illuminations. Elevated by Prabuddha Phil Browne’s cosmic tamboura drones and Phil Ford’s rapid tabla slaps, “Angel Of Sunlight” charges pell-mell into the fiery orb as Santana Santanas at his most Santana-esque. His six-string calligraphy arcs and darts across the sky with grandiloquent fluidity, wailing like some creature beyond any of our thousands of our so-called gods’ imaginations. Then, as if your ears weren’t surfeited enough with pleasure, Coltrane’s Wurlitzer solo flares in delirious, rococo siren tones within the golden-hued tumult. This track is a sonic analogue for the cover, a supernatural lavishment of benedictions from players tilting toward transcendence. What follows can only seem anti-climactic, but “Illuminations” is a denouement of ethereal solemnity and grace. It’s the dignified breather you need after “Angel Of Sunlight”’s ravenous enrapturing.

There’s probably a copy of Illuminations sitting in a used bin near you for under $12. Go forth and grip. -Buckley Mayfield 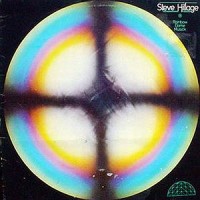