(Both hard-to-find albums have been re-released).

THE JAZZ IN YOU
EDMONIA JARRETT 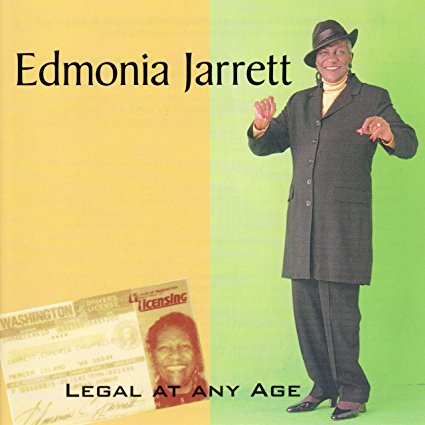 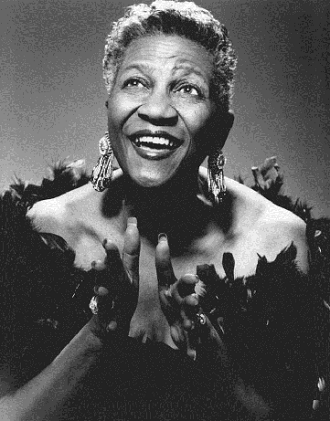 The Northwest has been the cradle of many more jazz artists than you might imagine.  Certainly not as many as New York or Chicago or LA. but it certainly seems a haven from those scenes.  Who can say why this little corner of the world has both attracted and spawned so many jazz careers? From Larry Coryell to Don Lamphere and Jeff Lorber.  From Dianne Schurr to Ernestine Anderson to Ray Charles and a very young Quincy Jones.   Even the self-proclaimed “inventor of Jazz” Jelly Roll Morton spent time in the Northwest; first in Tacoma, then in Seattle, and later in Vancouver.  Since there are only a handful of Jelly Roll’s documented gigs in the area it’s thought that Morton was spending more time running his “West Coast Line” (a series of bordellos) and gambling. Although he spent less than two years in the areain 1929 he wrote a song called “The Seattle Hunch”.

However, none of these artists’ stories are as interesting or unusual as that of singer Edmonia Jarett.

Edmonia was born in South Carolina on March 11, 1933.  Like most of the jazz and soul greats she grew up in the church. singing in the choir and spreading “the Lord’s word” through music.  At the same time Edmonia’s parents pushed her to make something of herself.  She chose the field of education.  Her path would first lead her to work at The Pentagon, and eventually to Seattle and a job at Boeing. Then she was hired by the Seattle School District, first as a teacher (African-American History and  Physical Education) and eventually as principal of Wilson Middle School and Cleveland High School.  Finally, after 23 years with the Seattle School District she retired.
After retiring Edmonia then made a move that few would even attempt.  She decided she would become a professional jazz singer.  She was 55 years old…much older than anyone else would have dared to begin a musical profession. But Edmonia had kept up her singing in church and to herself for decades.   She had never had a singing lesson in her like.   Edmonia was known for her “grit and determination”.  It was having these qualities that would make her name regionally-and even gain a loyal fan base around the world. As a performer she was even sought out for various international jazz festivals.  Sue Jackson, a former choir mate at St. Therese Church in Madrona. said:

“When she decides she wants to do something, she does it, to heck with everybody.”

Edmonia took her faith seriously.  In the early 90s she was diagnosed with breast cancer.  Instead of relying on doctors, chemotherapy or any of the usual routes cancer patients take, she chose to set all of those aside in order to be healed by the Lord.  Either by determination or divine intervention, Edmonia was cured of her breast cancer.

In 1991 she had her first big break.  She was chosen to play the part of Bessie Smith in an original play called “Janis” starring local R&B singer Duffy Bishop.  The play followed the life of Janis Joplin, and included a series of scenes in which Joplin spoke with and about some of people that had inspired her career.   During the play’s run Edmonia was spotted by a booking agent who helped amp up Jarrett’s jazz career by getting her into several jazz clubs in the Seattle area.

Her turn as Bessie Smith was not her only acting role.  She also appeared in a made-for-TV movie, “Face of a Stranger” that starred Gena Rowlands, Tyne Daly and Cynthia Nixon, Kevin Tighe and Jeff Probst.  Edmonia had a small role (unfortunately) as a maid.  In 1994 she lent her talents as the character Poika, in the video game The Vortex: Quantum Gate II, and in 1995 she was included in the soundtrack (along with Gas Huffer) of Maria Garguilo’s film “The Year of My Japanese Cousin”.  The film was a local production that took advantage of several locally known actors, technicians and musicians.  Lulu Garguilo of The Fastbacks, and sister of Maria is credited as cinematographer.

Meanwhile Jarrett’s singing career was gently taking off.  Many of her friends and fellow musicians have mentioned her generosity and the warmth that she infused with her singing.  By the mid-90’s she was Seattle’s favorite live jazz vocalist.  In 1998 The Seattle Times wrote:

“If thick, cloudy ribbons of cedar smoke could talk, their voices would sound a lot like Edmonia Jarrett.”

She was singing more and more alongide well-known and well-respected jazz musicians.  Fellow performer Greta Matassa said of her voice:

This may have sounded like an underhanded comment, but with even a cursory listen you can tell how effectively Edmonia used this style.

When Edmonia Jarrett was ready to record her first album she was surrounded by a wealth of local and national talent to help her.  She entered the studio alongside Barney McClure, Bill Ramsay, Billy Wallace and fellow Northwest legends Floyd Standifer and  Clarence Acox.  The result was the album “Live, Live, Live!”.  It should be noted that although a live performance would have resulted in a great album the title “Live, Live, Live!”  actually refers to life, not to  live performance. The songs recorded for the album were Jarrett’s interpretations of jazz standards, with a few lesser-known songs thrown in.  The fact that these are interpretations doesn’t detract from the album at all.  Jim Wilke of Public Radio International’s “Jazz After Hours”  said of the album:

As her local star was ascending she also became noticed by American and international audiences.  During the mid-90s she began appearing at regional and international Jazz Festivals, including the Mile High Festival in Carson City NV, Victoria’s British Columbia Jazz Festival and “Blues Al Femminile” (“women in Blues”) in Torino, Italy.  She also became a member of Seattle’s Northwest Women in Rhythm and Blues, a loose-knit group of women that over the years has included Katie Hart, Nancy Claire and Edmonia’s friend and mentor Duffy Bishop.

In 1998 Edmonia entered the studio again, this time with Larry Fuller, Joshua Wolff, Buddy Catlett, Geoff Cooke,  Larry Jones, Brian Kirk, Susan Pascal, Ernesto Pediangco, Jim Sisko and Floyd Standifer and the estimable bassist Andy Simpkins. Simpkins had played with jazz artists as diverse as Carmen McRae. Anita O’Day, instrumentalists  Monty Alexander and Stéphane Grappelli as well as other top-notch artists.  The result was the album  Legal at Any Age”.  It also includes two duets with Freddy Cole, “Too Good To Be True” and “East Of The Sun (And West Of The Moon)”  Edmonia had developed a working relationship with Freddy Cole and was also featured in Cole’s band in Atlanta GA.  Freddy had to live in the shadows of his late, older brother, Nat “King” Cole and niece Natalie Cole. despite being a respected and well known musician in his own right.   Freddy’s career has spanned over 60 years and he has recorded at least 33 albums.  Freddy Cole was also the subject of the 2006 documentary The Cole Nobody Knows, which covers his career as an impeccable jazz pianist and vocalist.

This album was also full of standards and other songs that Jarrett had been inspired by.  “Legal at Any Age” also garnered rave reviews.  John Gilbreath of Earshot Jazz said the album is “brimming with soul and spirit.  Her singing is a celebration of life.”

Jack Bowers of  All About Jazz wrote:
“On ‘Legal at Any Age’ she meshes wonderfully (on “Too Good to Be True” and “East of the Sun”) with another survivor, Freddy Cole, who has spent years calmly building a solid reputation as someone other than Nat’s brother. She also duets (on “Come Rain or Come Shine”) with virtuosic bassist Andy Simpkins. On both recordings, Jarrett shows that she can swing, sing the blues or caress a ballad about as well as anyone. While the wellspring from which her abundant talent flows is a mystery, we should be thankful that it’s there for everyone to hear and appreciate. Her choice of material, by the way, is exemplary, and her sidemen are outstanding”.

Throughout the late 90s and early 2000s  Edmonia Jarrett was a fixture on the Northwest jazz circuit and audiences never tired of her performances.  Unfortunately cancer reared it head again in 2001.  This time it was lung cancer that had metastasized to her brain.  Once more she put her trust in her faith, but this time she was not able to overcome the disease.  Edmonia Jarrett died on March 16, 2002.  Earlier in March she had shared her birthday with over 150 friends and family members.  Just three days before he death Edmonia gave her last performance: a tribute to singer Carmen McRae at the Seattle Art Museum.  According to her obituary “Though she looked frail, with short hair and dark glasses, Ms. Jarrett wore a stunning, long, silver-blue satin gown and she sang her heart out.”

Edmonia had only had her time in the spotlight for a decade….but she made every moment of it memorable.  Instead of mourning her passing (which couldn’t be helped coming from friends and family) Edmonia should prove to the rest of us the power of “grit and determination”.