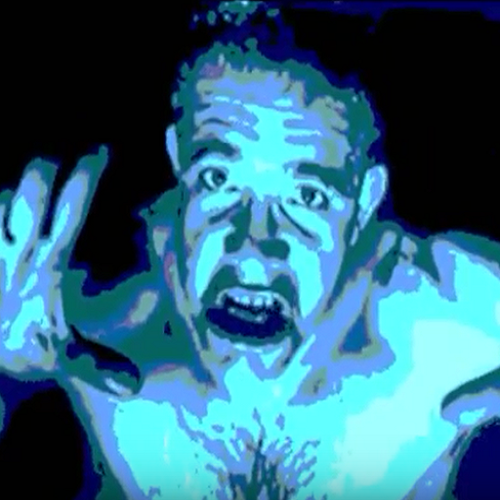 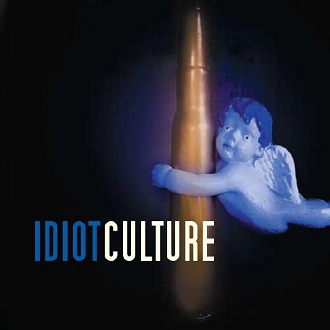 The band that became known as Idiot Culture was the last project by reclusive Seattle guitarist Byron Duff. Byron began to make his mark in the 1980’s with the trio The Spectators. The Spectators were known for jaw-dropping, tight performances in the underground clubs that spawned the emergence of what would later be the 1990’s Seattle Scene. Bob Mould (Husker Du, Sugar) once called The Spectators “the best unreleased band in America”. Although the band lasted no more than a year they saw opening and touring spots with the Husker Du, The Dead Kennedys and The Stranglers among others. Although Mould’s comment was prescient, the band never landed a major record deal. They’re now one of the almost-lost treasures of early 80s Seattle rock.

In 1986 Byron Duff formed ’Dive’, the band that would later be called Idiot Culture, with bassist TJ West and drummer Steve Dodge.   Duff had met TJ West in high school had played with him in the late 70s/early 80s band Klappenstompp, along with Randy Berry on drums, and Gary Bauder on lead vocals.  Later Duff would play with The Envy which was comprised of Byron Duff on guitar and backing vocals, Rick Hill on bass,  Gary Bauder on lead vocals and the late great Dave Drewry on drums.

Unfortunately Dive would be an unheralded band that helped define the new”grunge”sound and the more intense attitude coming out of the Northwest.  Dive continued in the mid-80s, recorded an impressive set to be released as an album in 1986, but never got the attention they deserved. Eventually the three disbanded and spent several years out of the limelight due to Duff’s ongoing health problems. It was during these years that Duff first showed the signs of Multiple Sclerosis that would later end his career as a performer. It’s been noted that Byron Duff, at the height of his powers, was the best Seattle guitarist of his generation. It’s not hyperbole.  Listening to Duff’s playing on their live-recorded debut it’s a difficult point to argue. Unfortunately his trying to shop his demo, Duff faced indifference.  He even recalls approaching the local label Sub Pop (who would later popularize the kind of music Duff was playing) and being turned down.

Because Byron Duff had been missing from the Seattle music scene for a number of years, his reemergence and his last album was highly anticipated. Though the album had been recorded in 1986 and remained unreleased, it was mixed by the renowned producer Jack Endino almost two decades after it’s recording.  Endino had seen the band during it’s life and had even shared a stage with them while he played in Skin Yard. At the time of the recording the band had called itself Dive, but too many bands had already used that name, including one particular pop band that had been signed by a major label.  Idiot Culture seemed the natural name of choice since Duff had used the name earlier in some of his one-off projects and performances.
Endino’s deft hand took care not to detract from the original intention of the recordings, leaving it full of trance-like riffs and hypnotic hooks. This was proto-grunge that stood alongside the best-selling recordings of the 80s and 90s, and is still relevant because of it’s readiness to take on a varieties of rock and roll.  One minute the sound may seem metallic or punkish.  A few bars later the melody is overtaken by jazz chords. At times the prog rock guitar suddenly transforms into a surf riff.  Duff may have been seen as the “star” of the band, but it’s clear he had sought-out the strongest drummer he could find and a bassist that could keep up with his musical demands.  TJ West on bass and Steve Dodge were both top of the line players, and exactly what was needed to make the band as strong as it was.

Dive’s sound was heavy, but their music was still a hybrid of seemingly contradictory styles.  Their only album takes on even more significance since it was recorded live in-studio without overdubs.  The tight, challenging performance is extremely impressive given it being it recorded in one take at Seattle’s Electric Eel Studio.

According to drummer SteveDodge, who’d played with The Numatics, Alien Nation and The Harvard Surf Club as well as filling in on drums for many local outfits “Dive is the best band I have EVER played in.  People were so shocked when we played. Byron Was GOD”…It’s true that Byron had an incredible talent but he was also driven to perfect his style.  Byron was a very humble man, but he didn’t hold back onstage.  Steve also recalls watching Byron’s former band, The Spectators playing before The Numatics while he was drumming with them  It was a day-long gig at The Showbox in downtown Seattle. 1979. “Me and my Dad were watching them before I went on. He looked at me when they were done and said, “Good Fuckin Luck”.

Although the band did not shy away from other musical influences, it’s clear the band was pioneers among those who would later be christened “grunge”.  Noted critic Everett True went further in writing a review:

“I have no idea who Idiot Culture are. I am sure I can look them up, and I’m sure I will, but right now I’m wallowing in the deep Gothic undertow of their brutal, traumatized grind. (Yeah, remind me. I’ll go back and sort those mixed metaphors out later.) The vocals sneer, all diffident and knowing and uncaring or rather caring but not caring to show it, like Richard Butler or Jim Thirwell or Tad Doyle or someone. The music is all jagged metal ends, relentless and pulsating, shards of Krautrock cutting through the gloom. Guitar solos are sheer torture, deliberately: the very nicest kind of grating. Man, it reminds me of my glory days back when I drank, back when I reinvented myself as some sort of music press god, back when grunge creatures stalked the earth. Nice”.
He went on to add;
“Turns out I wasn’t so far off, at all. Mixed by my old friend Jack Endino – one of the most awesome grunge monsters ever to stalk the earth – and Idiot Culture hail from Seattle. Yeah, damn. This is so molten and heavy, and full-on fucking ROCK, it makes the term ‘grunge’ seem patsy-waist in comparison”.

The band, despite the tightly wound arrangements were not afraid to tread into the realm of momentary unrestrained chaos just for the joy of it. There’s always something unexpected to rise to frenetic levels, but the pace is leisurely enough to allow the soundscape to fully sink in.  Idiot Culture used long hypnotic passages and favored guitar drums and bass as a way of delving deeply into compelling sounds rather than rely on solos.   It’s even more ironic given the incredible abilities Duff processed.  Duff, West and Dodge were all extremely talented on their respective instruments. In professional circles outside Seattle Duff has long been regarded as an extraordinary guitarist.  He made good use of his ability to play several divergent guitar parts in unison as well as abrupt effects changes. The results always left audiences amazed.

Unfortunately Duff had to give up music just as he was gaining wider respect. He was struck down by Multiple Sclerosis. It’s unfortunate to have lost a musician who would probably have played a bigger part in the Seattle sound of the early-mid 1990s. Luckily there are a good deal of live and studio recordings from his days with The Spectators, Dive and Idiot Culture.  The only full album he and his band mates is generally unheard and underappreciated simply because the band was not able to continue after Byron Duff became ill.  But the music lives-albeit digitally rather than the analog recordings that are superior.  Perhaps one day a label with a bit of sense will re-release one of the greatest unheard Seattle albums of the 1980s-1990s.  In the meantime the tracks are available as downloads, and more than worth taking a chance on listening to.  You will be left wondering why you hadn’t taken time to see or hear them back in the day.