BOB WAS A ROBOT
RED DRESS 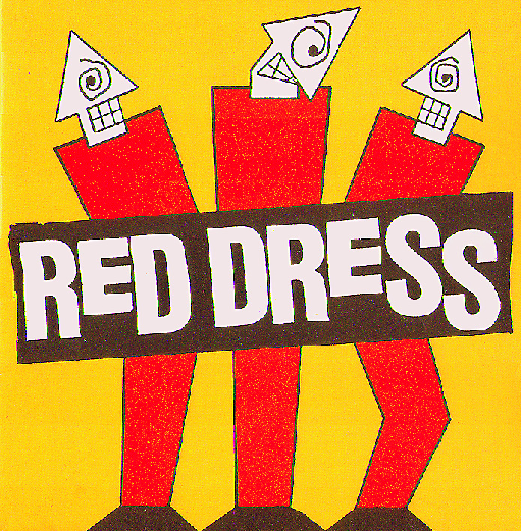 Any live-music lover who’s lived in Seattle long enough has seen Red Dress. In fact, it’s likely their parents-or grandparents have seen the band play. Red Dress might be the longest-running show in the Northwest. Throughout their career they’ve attracted punk rockers, hippies, drunks, blues aficionados, art-rockers, probably a few metal heads and everyone in between. Despite their long-running history, the band are still one of the most creative and relevant bands working the clubs, bars and festivals in and around Seattle. They do what they do better than anyone else; they always have. Red Dress infuse absurdity with the pure joy of funk, jazz and R&B. The result is far from what one would expect from looking at it on paper. This isn’t a retread of the typical whitebread tribute to a style long out of date. This isn’t a goofy pastiche of kitsch and nostalgia. This is as real and original as things get. Producer Conrad Uno Producer Conrad Uno (Love Battery, Young Fresh Fellows, The Presidents of the United States of America, etc.) hit the nail on the head when he described Red Dress as “Captain Beefheart meets James Brown.”  Minkler himself confirms that when he heard Captain Beefheart’s seminal Trout Mask Replica everything changed

Red Dress has always been a band of solid, professional musicians. Orignally formed with Minkler’s high school friend Rich Riggins in 1976. The duo explored jazz, contemporary classical music, and of course the blossoming punk rock scene.  Eventually Riggins left the band-taking with him the poet/singer/performance artist Cynthia Genser.  Minkler would man the more and more funky and soulful Red Dress, while Riggins and Genser went on to found Chinas Comidas, a band that also found an important place within the city’s alternative music  community.  In fact, it wasn’t unusual to find Red Dress and Chinas Comidas on the same bills in the late 1970s and early 80s.  The stylistic, musical and lyrical content of those on the punk/alternative scene meant little in those days.  Seattle had a very tight-knit community that was too interested in innovation to face off in differing camps.

Over the years more than a few have wandered in and out of the band. But the songwriting has been consistently impeccable and the players pitch-perfect. But there’s no getting around it. This is a band dominated by the talent and presence of vocalist Gary Minkler, and the rest of the band are smart enough to know it. None of them are expendable. Any of them could play in a myriad of talented and successful bands, but there’s real camaraderie at work here.

Minkler is a force to be reckoned with. A huge voice full of character and surprise come out of this guy that producer Conrad Uno referred to as “the wild little red-faced singer’. Uno described Minkler perfectly in very few words, but listeners know there should be equal emphasis on the word ‘wild’ as ‘singer’. Minkler wanders, dances and shuffles his way across the stage and directly into the audiences’ hearts. He has an almost unheard of combination of sheer talent onstage and kind humility offstage. His performance is full of self-deprecation and supreme self-assurance. And above all else he knows how toentertain. Red Dress have never exactly been underappreciated…at least by anyone whose seen them perform.  But the focus on the immensely white, suburban and angsty sound popularized in 1990s Seattle locked the band out of major label attention at their height. It’s not certain by watching the band live that they really care about record deals and stardom.  They seem happiest when they are in front of a live audience and entertaining anyone watching…or dancing.  By the time a career-spanning album was released in 1994 Red Dress was not quite together as a band and not quite broken up. Fortunately, in the past few years the band has reconstituted and re-committed itself to bringing audiences their “strange and wonderful musical vantage point” (that’s Conrad Uno again). Nowadays Red Dress gigs are frequent in Seattle, but they’ve moved offstage and into people’s living rooms where they do acoustic sets.  The audience members may be limited but it proves how enjoyable it is to see live music from your recliner.  Red Dress also has the distinction of recording the final song at Conrad Uno’s Egg Studios.  The song will be released in 2017