THE CENTER FOR DISEASE CONTROL BOYS

THE CENTER FOR DISEASE CONTROL BOYS 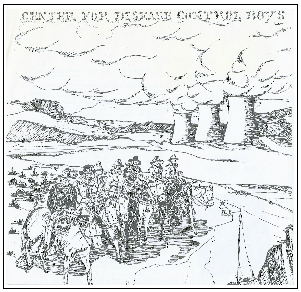 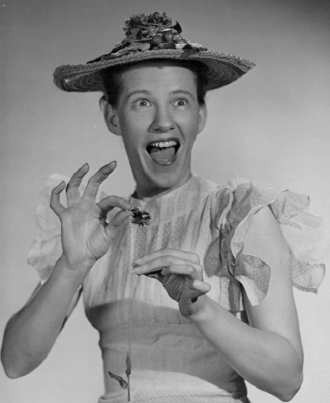 The Center for Disease Control Boys was a loose-knit satirical Country, Western and Folk band formed in Seattle in 1986. Their performances included a mixture of original compositions and older songs written by such artists as Bob Wills,  Asleep at the Wheel, and Woody Guthrie. Their stage show used an extensive array of props and costumes such as bales of hay, stuffed roosters, rubber trout, and wads of self printed ‘country currency’. Although the band was only in existence for six months, they are noteworthy for their ever changing lineup of musicians and performers which included Chris Cornell of Soundgarden Jonathan Poneman, co-founder of Sub Pop Records, and Ben McMillan, lead singer for Skin Yard and Gruntruck.

The CDC Boys was a design and musical collaboration between Dean Warrti and George Hackett. Warrti was manager and booking agent for the Ditto Tavern, which filled a void in the local music scene by providing a venue for folk, punk, art rock, and emerging grunge bands from the Northwest. Hackett was an accomplished guitarist who worked at Boeing and shared Wartti’s interest in cultural satire, diverse musical tastes, and leftist politics. Warrti had a background in theatrical performance and design. As they wrote the songs and assembled the props and graphics, the two realized that a diverse cast of band members could be found within the roster of Ditto performers. Rehearsals were held at the artists collective SCUD (Subterranean Co-operative of Urban Dreams).  The building had previously been the very neglected Sound View Apartments, and before that an SRO hotel.  SCUD became an incorporated collective and leased the building in Belltown where a plethora of bohemian artists that included Ashleigh Talbot, Art Chantry, Cam Garret,  Arthur Aubrey,Steven Fisk and Willum Hopfrog Pugmire. All had at one time or another been residents.  It’s been reported that Jack Kerouac stayed at The Sound View Hotel a short time during his stop in Seattle in September of 1956.  He had spent the earlier summer at a fire watch look-out in the North Cascades.  He later wrote about the underbelly of Seattle and it’s downtrodden waterfront in a short story called Alone On A Mountaintop.

The building was at one time referred to Seattle residents as The Jello Building since the entire north side of the building was decorated with a multitude of Jello molds.  It was a natural place for the CDC Boys to begin life.  Eventually an opening performance was booked at the Rainbow Tavern as part of a KCMU radio showcase the began the band’s short but illustrious career.  More bookings followed, as well as frequent appearances at Warrti’s Ditto Tavern.

As the CDC Boys existed mainly as a comedic side project for all concerned, the band’s line up continued to change, and included the following at various times:
Jonathan Poneman (bass)
Artie Palm (mouth harp, saxophone, and guitar)
Tim Bowman (accordion and musical saw)

The CDC Boys concluded their brief career by releasing a 45 single “We’re The Center for Disease Control Boys” b/w “Who We Hatin’ Now Mr. Reagan?” on their own Fin De Siecle label. Their final performance was at Seattle’s annual Bumbershoot Festival, where they debuted a stirring opus to the Kennedy Assassination entitled, “Grassy Knoll“.

Throughout their career, The Center for Disease Control Boys played only nine shows, but they put out a 45 vinyl single on Fin de Siecle Records in 1986.  They would have probably become a footnote if it weren’t that Chris Cornell had once been a member.  There has always been rumblings of curiosity among his fans, but since Cornell’s death in May of 2017 the few copies of the CDC Boys single on the collectors market have skyrocketed.  A long-awaited re-union has been anticipated for several years, but never come to fruition.  In 2013 co-founder Dean Warrti recalled one of the band’s gigs and it’s aftermath in the blog Tales From The Bales.

EPISODE  THREE: ‘A Bale of Hay and the Green River Killer’

Well. a Bale of Hay is a lot like Minnie Pearl in a corset; manageable when trussed, but a heck of a lot to handle once unbound. It was a rainy night in May, a Saturday. I think we had hosted our record release party the night before at the Ditto, As usual, the band booked for this night had asked us to leave the single bale in place for their use; nobody wants to scare up hay on their own….but if there’s a bale in place, what the heck?!?! In this case the Headliner was the Walkabouts, good friends of the Ditto and also of Hay.

After their set, the Ditto emptied out pretty fast, it was really pouring now. We sat at a booth downing pitchers of ‘low brow’ and making idle chatter…..I really wanted to go home. As the Walkabouts did have a van, I suggested that I buy them a couple of pitchers and that they, in return, would cart off the hay bale to parts unknown. The deal was made and I headed off, leaving the bartender to close up.

The next day, Sunday, I got a call from the Fire Department at 8 am. The Captain was quite stern. He informed me that there was a large amount of hay flowing from the dumpster in back of the club, trailing out onto the sidewalk and the street in front of the club. I couldn’t think of any road that led to ‘plausable deniability’, I mean, what could I say? He informed me that I had two hours to clean up all the hay or be cited and fined, well, a lot; about a month’s revenue at the time. I called Andrea and explained the situation and she came right down from Capital Hill in her compact car. I did have some large trash bags on hand and we began to stuff them with wet and heavy hay. Loose hay, man that takes up a lot of space….that’s why they bale it I guess. We must have had about five 30 gallon bags stuffed full by the time we were done. They barely fit in the trunk and back seat. Now…..where to get rid of them?

We figured we couldn’t dispose of them anywhere downtown as the SFD was wise to us and there were no promising empty lots to think of, so we headed up to the north end of Capital Hill. I remember we had the am news on the radio and there had been yet another victim’s body found; again the work of the Green River Killer. It was the height of the civic panic but no clues were forthcoming. At last we found a suitable hillside and pulled over. Now here are two caucasians, 30 something, trolling Capital Hill early on a Sunday morning and attempting to remove heavily stuffed trashbags from the trunk of a car, next to a wooded hillside. It did not look good, and soon the other traffic on the road seemed to consist only of single women in Accuras and Toyotas, slowing down and making note, and perhaps notes, of our activities.

This scenario was repeated at each stop we made, perhaps 4 in all. At last we figured the we did really have to start thinking like killers, so we headed off to the Arboretum, suitably deserted at 10 am. We made the drop unobserved, clenched our teeth, wiped away the sweat, and headed to the Deluxe for a beer….

George Hackett, who worked at Boeing at the time of the CDC Boys, went on to become Andrea Hackett, founder of the Las Vegas Dancers Alliance, the most widely-known organization of strippers in Las Vegas.  She now publishes an online journal called “The Flubug Journal, a satiric, fictional small-town paper.

Ben McMillan died in January 28, 2008 in Seattle from complications related to diabetes’

Gary Heffern now lives near the arctic circle in Finland.  He continues to write and record.

Tamara Jones went on to perform in the band Brides of Frankenstein, and is now a real estate agent in the Seattle area.

Orville Johnson lives near Seattle and continues his life-long interest in teaching, recording and generally playing any instrument connected with traditional Americana.  He has contributed not only to the preservation of traditional music across the US, but has forever established himself as a vital part of Seattle’s music history.

Chris Cornell died on May 18, 2017 of an apparent suicide

All additions and corrections are welcome.

2 comments on “THE CENTER FOR DISEASE CONTROL BOYS”