CALL IT CHAOS
THE SPECTATORS 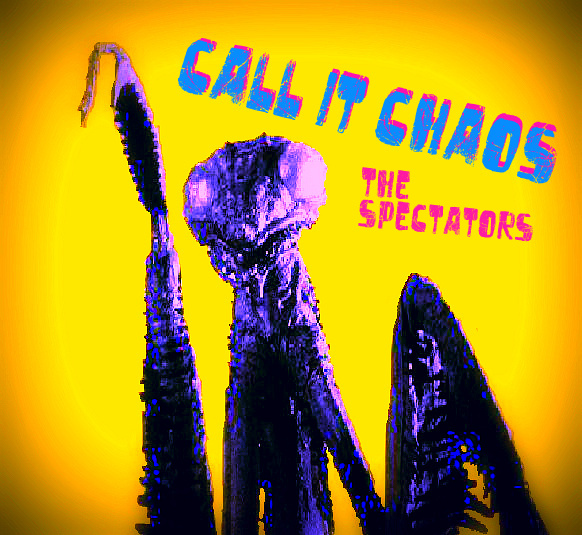 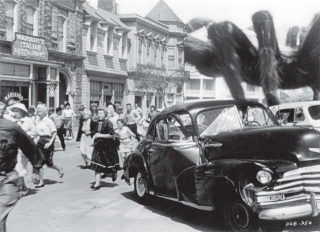 The Spectators played fewer than 20 gigs. They performed only 15 songs live. But their reputation as one of the most original and accomplished bands of the early Seattle alternative scene continues to grow into the 21st century. Their first gig was December 8th 1980, the same day John Lennon was gunned down in New York City. It was just like most other nights at Seattle’s legendary Gorilla Room on Second Avenue; a handful of people showed up, and more free beer was drunk up by the bar staff and their under-aged buddies than was ever sold. But that night one of the finest Seattle bands of the era played to the nearly empty club. Over the next few months the band would be regulars at the Gorilla Room and WREX and end up on the stage of Seattle’s Showbox Theater at least twice, as co-headliners, and as openers for The Stranglers. Later, Bob Mould, having played three dates with The Spectators while on the first national tour by Hüsker Dü , called them “the greatest unsigned band in America“. Less than a yearlater The Spectators were gone.

The Spectators combination of surf, metal, jazz and punk predates most alt bands with similar influences by a full decade. They were a power-trio, but one that dealt their deadly blows with intricate and subtle precision rather than blind swings. This was a band that had brains as well as brawn. By using a limited amount ofeffects, guitarist Byron Duff and bass player Stanford “Stan” Filarca created a sound so tightly woven that it was hard totell who was playing lead, where the rhythm was coming from and how they could possibly sound so big and layered at the same time. Add to the mix the powerful, inventive and perfect tempo of drummer Jeff Farrand and it’s hard to think of any finer trio in rock, signed or unsigned, even today.

During their short life The Spectators recorded very little of their output in the studio-about six studio tracks still exist. Unfortunately most of it has been lost or the tapes have degraded so badly they’re practically unlistenable.  Fortunately there still are some fairly high quality mono recording caught on a cassette player using a condenser mike! Some of these cassettes and board mixes have been discovered, including this recording of Call It Chaos. One-time Seattle promoter and indie label owner Maire Masco found an almost-perfect copy of the song (and four others) hidden away in an attic. Another notable tape that has surfaces is a live-in-studio session they did with producer/engineer Ed Shepard at his Seattle space The Funhole. Two of those songs were released on Masco’s 1982 cassette-only compilation release PRAVDA Volume I. The cassette is incredibly rare, and those that remain are worn-out, but the brilliance of The Spectators still shines through. They show the deft ability to meld bass, rhythm and lead guitar sections into their music so effectively that it can confound the listener into thinking there are far more instrument than a simple trio at work.  Oddly enough, The Spectators biggest influence wasn’t punk…it was the Prog Rock of the 1970s and early 80s.  It’s hard to envision that in their music.

After The Spectators disbanded, guitarist Byron Duff faded from the Seattle scene, much to it loss. Drummer Jeff Farrand left the NW for San Francisco. Bassist Stan Filarca managed to fill duties-although a bit funkier-for another of Seattle’s best bands to emerge in the 1980s The Beat Pagodas. He used the same creative arsenal as he did in The Spectators allowing for them to revel in their “no guitar“ ethos. Byron Duff re-emerged briefly in the late 1980s with his band Dive, Moth and more recently as guitarist for the band Idiot Culture, who finally released a brilliant album in 2012.

Duff was no slacker in the lyrics department either. That first night the band played at Seattle’s notorious Gorilla Room an old beat-up big-screen TV projected flickering images behind them. As someone behind the bar changed channels back and forth they stopped on an old sci-fi flick. Giant locusts were attacking a horrified city. At that moment, by coincidence, the band lit into one of their signature tunes, Idiot Culture – a title Duff would later take as a band name. As the creatures wrecked havoc and terrified the population Byron sang:

Something of great size

Out of control in the head

Call it Chaos is one of the few remaining songs from sessions produced by Jack Weaver at Seattle’s Triangle Studio.  A few years later the studio was re-named “Reciprocal Recording” and the room became the home of seminal grunge recordings engineered and produced by Jack Endino. The song begins in a slightly more pop style than typical of The Spectators, but it was soon apparent the song wasn’t going for the radio-friendly new wave sound popular at the time. It implodes into a pile of chaotic, but intentional sonic bricks…each one falling on another in an almost precise way. It’s an example of what The Spectators were best at; simplicity appearing as much more than the sum of it’s parts.

2 comments on “THE SPECTATORS”