This album is draped in mystery and has been suspected of being a hoax. It allegedly was recorded in 1972-73, but some production touches make it sound more like it was done in the ’90s. In an interview reproduced in the liner notes of the 2016 vinyl reissue on Mental Experience, producer Toby Robinson can’t remember any of the details—and the same edition’s credits bear a “℗ 1976.” They can’t keep their stories straight… All the musicians recorded under pseudonyms, but are reputedly well-known krautrock figures. Alan Freeman, author of The Crack In The Cosmic Egg krautrock encyclopedia, speculates that members of Dzyan, Birth Control, Baba Yaga, and Sixty Nine may have been involved. All the rest of the CD reissues from the ’90s on the Pyramid imprint (Nazgul, Galactic Explorers, Cozmic Corridors, etc.) have similar murky origins.

Someone on Discogs wrote, “I have sources from a musician that he confirms played on this record wich [sic] was recorded back in 1995 in Croydon near London.” I can believe that! But ultimately, the music on Orion Awakes is so good, its back story is beside the point.

Whatever the case, if you dig freaky, vocal-free krautrock, you’re gonna want Orion Awakes. The title track approaches tentatively and ominously with delayed guitar shivers, then slowly blooms into a glimmering, methodical psych-rock stomp, replete with thick organ swirls. I can’t help thinking of the ’90s band Sundial and their awesome Other Way Out album when I hear this song. Similarly, “Stellar Launch” is a contemplative space-out that meanders with menace, marked by subtle wah-wah guitar and wispy Mellotron sighs. Gradually, though, it achieves a semi-funky midtempo groove and ascends to sublime heights of cosmic chaos. The shortest track at 6:32, the aptly titled “Godhead Dance” will get you spazzing and throwing ridiculous shapes. It features an unstoppable groove powered by over-the-top Hendrixian wah snarl. If you hear “Godhead Dance” under the influence of hallucinogens, all bets are off. No wonder it’s my go-to Golem track in DJ sets.

The three-part, 14-minute suite “ Jupiter & Beyond” is powerful, surging psychedelic rock music geared for large venues. The album’s finale, “The Returning,” probably should’ve been left off of Orion Awakes. The fat drum sound and trademark indie-rock guitar tones really give away the ’90s provenance of Golem. This song sounds like something on Drag City, Matador, or Merge more than any subterranean German label. It’s also the least interesting work here. It’s not a good way to persuade anyone who suspects this LP is (mostly) a well-executed prank. -Buckley Mayfield 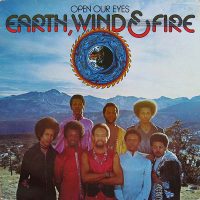 THE FUGITIVES (PORTLAND 65-67)Notes on the early Oregon rock scene and life after Almost Making It. 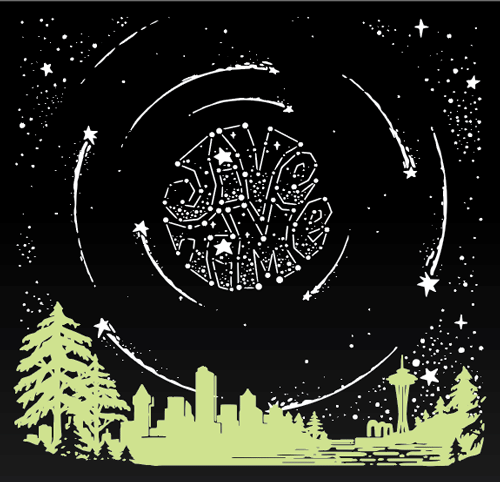 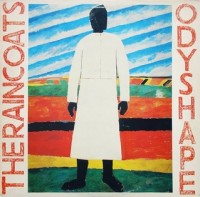 The Raincoats hold it together just as much as their Delta 5/Au Pairs contemporaries, but the atmosphere provided by The Raincoats is much more melancholic and spacious. Known to many Americans as one of those bands to check off their Kurt Cobain-faves list, this London post-punk group was really one of the most adventurous bands emerging in their day.

While the other popular, predominantly girl bands had punk and funk flair to match or better Gang Of Four, The Raincoats instead went an alternate route, swapping many little instruments that enfolded tentative, folky vocals. The centerpiece is probably “Only Loved At Night,” all chimes, percussion, thumb piano and tinny guitar occasionally punctuated by bass tones.

Each song offers new sounds, new instruments, guest musicians including Robert Wyatt… This is the idea of post-punk as sound-on-record with little regard for continuity. Are you a fan of PiL, early Scritti Politti, the jazz of Art Ensemble Of Chicago and Don Cherry, far-out dub? If that sounds good, and you aren’t a Raincoats yet, this one will do the trick. -Wade

Do you miss seeing Jive Time Records’ reviews, music polls, and other vinyl-related posts in your Facebook feed?

Some of the feedback we’ve been getting in our store is that some of you on Facebook are no longer seeing our posts as regularly. We still post daily! Facebook requires that you “like” or comment” occasionally so that it knows you wish to see our content. It’s part of their effort to keep your feed relevant to your interests. (Don’t worry we never post spam, and we keep store-related news to bare minimum — it’s all about the music.)

Just visit our page and “like” or comment occasionally and we’ll soon return to your feed!  Visit our Page› 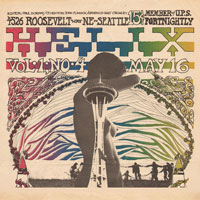 Helix was founded and edited by Paul Dorpat in 1967. Many of the covers were illustrated by Walt Crowley who also served as a writer and co-editor. Its articles were wide-ranging featuring anti-war stories, philosophical ramblings, poetry and artwork. The paper didn’t just cover the scene, it also organized and promoted concerts including the legendary, three-day Sky River Rock Festival in Snohomish County. A total of 125 issues were published before the the paper folded in 1970.

Additional issues would be greatly appreciated. Please contact Jive Time if you have issues to donate, trade or sell. Visit the gallery› 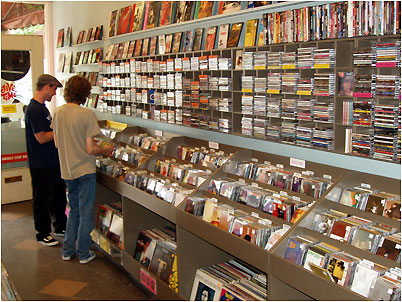 It’s never been a better time to buy used CD’s and DVD’s in Seattle: We’re buying heavier than ever, putting out several hundred killer titles weekly, lowering our base prices up to $2.00 and expanding our popular $3.00 (4 for $10) CD and DVD clearance sections! (Be sure to also check out our huge 99¢ CD section across the street in our Clearance Annex!)