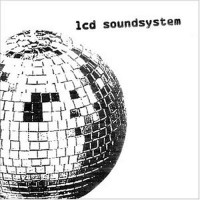 Ten years old! And hardly a blemish on this self-titled LP by everyone’s favorite party group of NYC hipsters. James Murphy (alleged Mark E. Smith impersonator, former Six Finger Satellite sound guy) did most of the work on these tracks, with a little help from his friends and future live players.

Spotted with hits, tracks of mashed up genres come together in a mix of dance, punk and psychedelia drenched in electronic residue. After the release of the totally-meta “Losing My Edge” single, Murphy still had opportunities to sport irony and pretension. “Daft Punk Is Playing At My House” kicks side one off and from there takes you to the bonafide pop of “Tribulations” and the Suicide-esque pummel of “Movement,” which probably has the most lyrical heft of the record’s time:

Bands have to try so much harder these days, not to succeed, but to avoid pastiche. Or in LCD’s case, work to rise above it and approach music making in earnest. What can all this familiar music mean? Or, what can it be perceived to mean? Real or imagined, these are the pitfalls that LCD manages to dance around. And you get to dance around too, especially on “Thrills,” “Disco Infiltrator,” etc;

Hardly being lumped in with other dance-rock diminished returns of the day (and there were a lot of them, oh boy), LCD’s first release manages to harken back and still sound fresh. And moments like “Never As Tired As When I’m Waking Up” shows that Murphy is just as good a songwriter as he is a studio head. He loves his music, and if you like his long list of refs and citations, chances are you probably will too. -Wade 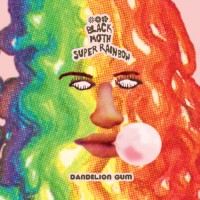 Coming out of nowhere (actually, rural Pennsylvania), Black Moth Super Rainbow are quite an enjoyable anomaly. Working with samples, synths, vocoders and a living, breathing rhythm section, BMSR produce a sort of electronic psychedelic pop informed by all sorts of contemporary sounds.

On “Dandelion Gum,” a mid-period release, it all comes together in the best possible ways. “Jump Into My Mouth and Breath The Stardust” is meditative with it’s acoustic guitar samples and sounds somehow folky, despite vocoders heavily transforming vocals. “Melt Me” is a pure sugar rush for your speakers with fat electronics, maracas and a killer bass line. And “Rollerdisco” sounds as if it was disco-edited library music from a PBS channel; hipped-up space age material reminiscent of Stereolab.

Side one is chock full of these meshed, unique tracks. Side two has a few detours; many of the songs are simple demos or snippets. One is even called “Untitled Roadside Demo,” and just off the cuff you can tell that the players here have found something special with each other. Recommended if you’ve ever liked a Ghost Box release, The Books, or library music in general. – Wade 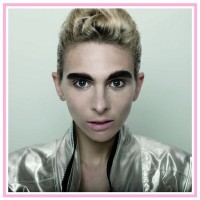 21st Century music has led to some pretty interesting permutations. Sounds and rhythms and equipment that was forsaken by underground rock purists (in America) suddenly didn’t register as taboo anymore with a younger generation hungry for new styles to consume.

Like labels Olde English Spelling Bee and DFA, the work put out by the California tastemakers of Not Not Fun and their dance-oriented offshoot 100% Silk mix the spirit of underground autonomy with adventurous production. Not Not Fun’s founder, Amanda Brown, releases albums under the name LA Vampires, and produces one-off projects with many of the her labels stablemates.

On “Freedom 2K” she took a shine to house producer Octo Octa, who makes sleek and shiny tracks in comparison to other label affiliates. Whereas previous LA Vampires output was murky and bubbly, a fringe dance interest, this album can be seen less as an outsider work and more like something you might really hear in a high-end club. Tracks “Wherever Boy” and “Freedom 2K” are lush, golden tracks for clubbing. “His Love” and “Found You” may be just as suitable for a chill-out room or home listening as they are on the floor.

Slender beats and hardcore bass shifts all over, “Freedom 2K” is a great introduction to an underground label that that doesn’t see dance-music making as a curiosity, but as a future. -Wade 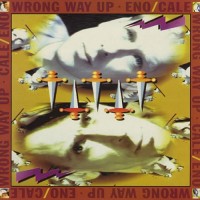 When one pushes synthetic sounds to the realm of unreal and back again, what else is left to do? Brian Eno’s work behind an engineering board had taken him far and far out by 1990… The exciting world music he had envisioned did not match the world music found in the New Age marketing-niche of the previous decade, and albums bearing his name seemed to carry his signature thumbprint, even when thoughts of strong structure more or less faded away with each LP.

On “Wrong Way Up” the studio still acts as the lead instrument, but song structures make a return. And who better to help Eno return to strange but impactful songwriting than musical-foil John Cale? All sorts of beats and chirps assembled throughout these tracks are meshed through Cale viola, not to mention any sort of instrument the duo could get their hands on. What they come up with most of the time are musical figments riding chopped and screwed grooves.

Lyrics are not esoteric but definitely familiar to fans of either Eno or Cale; impressionistic views presented in a pop context. The results can be surprisingly affecting like on “Cordoba” when repetitious mentions of buses and stations highlight an obvious separation, or on choice single “Spinning Away” with it’s constant citing of colors and shades.

Eno and Cale are to pop what they were to Rock… That is, artsy. And like Duchamp’s urinal, placed the wrong way up. -Wade 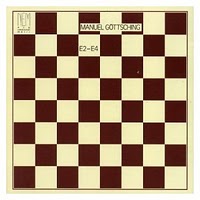 A bold and visionary statement from German guitarist Gottsching who masterfully blends subtle low key electric guitar improvisations with washes of ambient electronica to create a timeless otherwordly soundscape that draws in the listener. As stated this is the track sampled for the Balearic scene hit “Sueno Latino”.However to hear the full piece is a much greater joy.The familiar riff is spread over about 40 minutes while runs of improvisation drift in and out of the mix.The electronic backing is what makes this record so special though as it makes it impossible to gauge what era the music comes from.It simply hasn’t aged one bit. A unique record that will please lovers of many genres. –A